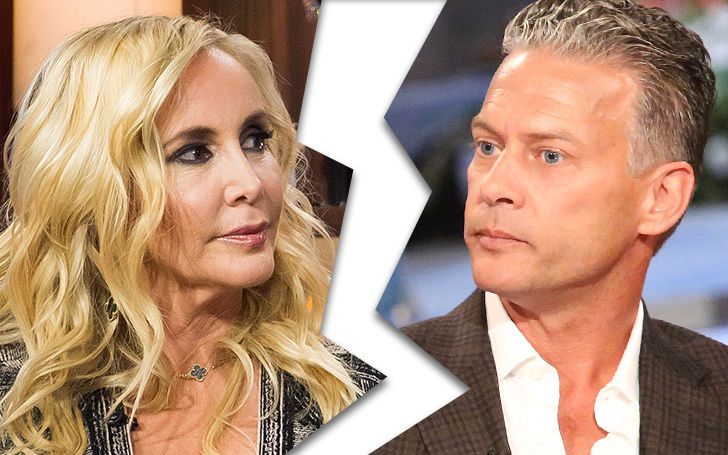 Back in October, E! News reported that the couple's married relationship was going through difficulties and their ways were separating. And in less than two months, the actress has filed in Orange County Superior Court on Friday.

A source close to the 53-year-old actress told E!,

This has been a miserable marriage for Shannon for a very long time. David wanted out. Shannon couldn't take it any longer and has decided that this is best for the kids and her health.

Recently, Shannon opened up about her split while she appeared on an episode of Watch What Happens Live. There she told

Like last week, I saw he took his wedding ring off and that's inevitable but it's just making the adjustment and I have good days and bad days.

The couple had undergone several ups and downs in their married life. David Beador had admitted that he'd been unfaithful to her during the season 10 where they also renewed their vows on season 11, but still, they faced a number of problems.

Shannon Beador with her husband David Beador and daughters

Later in season 12 of RHOC, Shannon broke down in tears when she explained it was David who wanted to end their years-long marriage.

The couple shares three daughters together, Sophie Beador, 15, and twins Stella and Adeline, 12.