Is Lexi Ainsworth Still Single?Who Is She Dating Currently? Her Affairs and Dating History 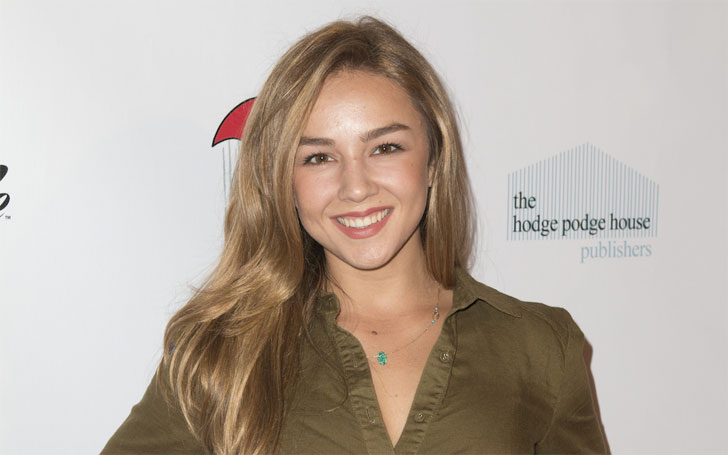 Actress Lexi Ainsworth still has a hand full of jobs even after being out of the hit series General Hospital. She was cast in the series from 2009 to 2017. Her newest gig is Major Crimes starring Mary McDonnell, G.W. Bailey, Tony Denison.

Along with her blooming popularity, many fans are curious about her personal as well as professional life. Is General Hospital star dating anyone currently? What is her current relationship status? Let's find out here.

Is Lexi Ainsworth single? Or is she dating anyone?

The twenty-five-year-old actress Lexi Ainsworth has not introduced anyone as her boyfriend yet. Although, she has been spotted with many of her male friends on her Instagram post, however, she hasn't hinted of dating any of them.

General Hospital star, however, has mentioned about her boyfriend, Glenn Pierce on her tweet in 2012. On her tweet on 29 October 2012, the actress shared a YouTube video where she appeared enjoying tandem skydive on her birthday.

My boyfriend got me the best birthday present ever! http://t.co/eGUYTmsT

"My boyfriend got me the best birthday present ever!"

Ainsworth, however, never made any public appearance with her boyfriend, Pierce. Possibly the couple is not together anymore. Or maybe she doesn't want others to talk about her personal life. It was also reported that Ainsworth was once in a relationship Keegan back in 2012.

At the age of six, Ainsworth started her dancing career with local ballet group, Ballet Oklahoma. She developed an interest in pursuing a career as an actress after she attended a New York film camp.

Ainsworth started her professional career soon after her graduation. During her early career, she served in several commercials. She got her first major commercial for Barbie dolls which aired nationally.

After series of commercials, she got a major role in the short film Caroline Crossing. She then performed in the film The Gray Man in 2007.

Ainsworth was selected as the cast of hit series General Hospital in 2009. For her performance as Kristina Davis in the series, she received a nomination for a Daytime Emmy in 2011, however, later in 2017 she won a Daytime Emmy Award for Outstanding Younger Actress.

She has performed on several TV shows like iZombie, Teen Wolf, Rizzoli & Isles, Major Crimes and much more. Currently, she is busy working on her new short movie Mr. machine alongside Darren Barnet, Jackson Mcqueen, and other celebrities.