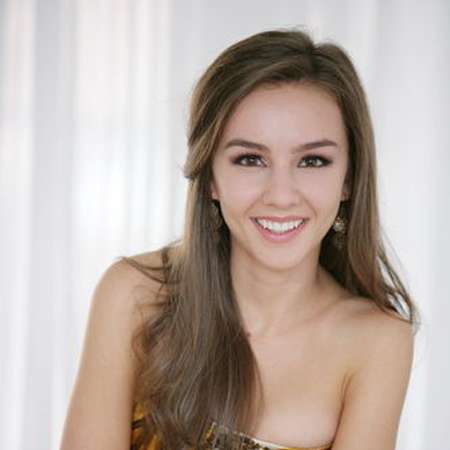 Lexi Ainsworth is an American actress whose most notable role includes acting in the series General Hospital as Kristina Davison. She is also known for her portrayal as Jessica Burns in the 2015 film A Girl Like Her. Her subsequent success includes Wild Child, Teen Wolf, Major Crimes and among others.

Lexi Ainsworth was born on 28th October 1992. She was born as Alexandra Danielle Ainsworth in Oklahoma City, Oklahoma Lexi was interested in dance and acting since a very small age. She belongs to American nationality and regarding her ethnicity, she is a White American.

Ainsworth started dancing on stage in a ballet company since the tender age of 6. This interest in dancing increased and led her to appear in theater productions like The Wizard of Oz whereby she played a munchkin.

Other theater productions include appearing in To Kill a Mockingbird where she acted as Scout. Her interest in television and film acting, however, increased only after he attended a film camp in New York.

To pursue her interest in acting, Ainsworth enrolled in an acting camp which was held in Los Angeles. After being noticed by a talent agency, she auditioned for her first national commercial which was for Barbie Dolls. After her Barbie doll commercial, she obtained a string of several commercials which led her to be noticed more and more.

Lexi Ainsworth obtained a small role in the film Caroline Crossing. After this role, she landed the role of Grace Budd in the movie entitled The Gray Man. Her major and breakthrough role, however, came up only in June 2009 after she acquired the role of Kristina Davis on the TV Show General Hospital.

Ainsworth was showcased in the show for two years up to November 4, 2011, and she left the show after announcing that her last scenes were already shot. The 2012 film, So This Is Christmas, portrayed her too. It was announced by the Soap Opera Digest, on 29th July 2015, that Ainsworth would again play the role of Kristina by the year 2015 on General Hospital.

In the year 2017, Lexi landed the role in the TV series Major Crimes where she played the role of Ell until 2018 along with Mary McDonnell, G. W. Bailey, Tony Denison, and Michael Paul Chan.

Lexi Ainsworth's Net Worth And Salary

Lexi Ainsworth's net worth must be in the range of millions but the exact amount is yet unknown. She has earned a decent amount of salary from her career too.  The actress was a cast in the 2008 British-French-American teen comedy movie Wild Child which became the instant hit at the box office grossing over $51 million worldwide whereas its producing cost was $20 million. She shared the screen alongside Emma Roberts, Kimberley Nixon, and Juno Temple.

Ainsworth has appeared in the movies and tv shows including Caroline Crossing, The Gray Man, Wild Child, So This Is Christmas, A Girl Like Her, Gilmore Girls, General Hospital, Criminal Minds, iZombie, Teen Wolf, and Major Crimes.

Lexi is the recipient of the Daytime Emmy nomination for Outstanding Younger Actress in 2011 and the nomination for the Young Artist Awards-Best Performance in a Daytime TV Series- Young Actress on 2012.

This pretty beauty, though famous in the field of acting, has a secretive personal life. Her relationship status is unknown to her fans. She is not married yet.

It was reported the actress was once in a relationship with Keegan back in 2012. Ainsworth has mentioned about her boyfriend, Glenn Pierce on her tweet in 2012. On her tweet on 29 October 2012, the actress shared a YouTube video where she appeared enjoying tandem skydive on her birthday.

But her boyfriend or previous affairs are hidden matters which are not disclosed to her fans. It is however known that she has never been married and does not have any children yet.