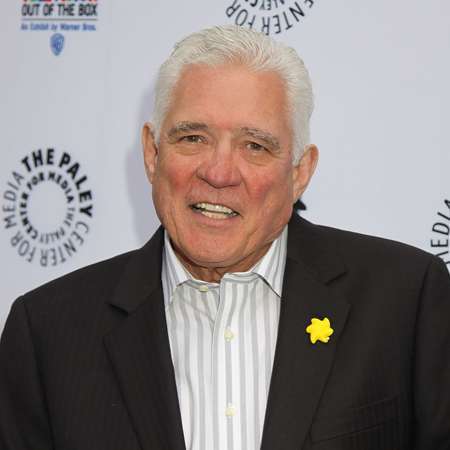 George William Bailey is best remembered for his comedic performance in a TV series M*A*S*H. He later portrayed Lt. captain Thaddeus Harris in the Police Academy films (1984-1994). He has enacted in numerous films and TV series including The Closer, Major Crimes, Jesus, and Solomon. G.W. Bailey made his big-screen debut with a TV series ChiPs in 1978. In 2017, he appeared in a comedy film Highly Functional. From 2012, he has appeared in a crime series Major Crimes. He is also the executive director of the Sunshine Kids Foundation- an organization that provides trips and activities for hundreds of young cancer patients annually.

G.W. Bailey was born with his birth name as George William “G.W” Bailey who was born on August 27, 1944. He belongs to American nationality and regarding his ethnicity, Bailey is White American. The birthplace of Bailey is located in Port Arthur, Texas. Additionally, he has also been a part of much drama with giving best roles himself.

Bailey is remembered with his presentation maintained in Luther Rizzo which came in the year 1979 till 1983 in the series named M*A*S*H. additionally, the Police Academy that came in the year 1984 until 10 years of time was also the best portrayal of him with the character of Captain Thaddeus Harris.

G.W.'s father was a technician and his mother was working at a local hospital but later they got divorced due to high segments of conflicts among the couple.

G.W. joined Thomas Jefferson High School for his early level of schooling. He was studying there along with Janis Joplin as well as Jimmy Johnson who is still his good friend. Additionally, his college level was started at Lamar University.

This was located near Beaumont but due to some of his reason, he later moved to Texas Tech University which was located in Lubbock.

In the middle of the year 1960, this celebrity left his college and officially started his career by working in local theater with a collaboration of companies as well as some of the television programs like Starsky and Hutch which are the best programs that are undertaken by him.

From 2012- 18, the actor played the role in the TV series Major Crimes along with Mary McDonnell, Tony Denison, Michael Paul Chan, and Raymond Cruz.

G.W. Baily’s net worth is $2 million, according to Celebrity Net Worth. He has amassed this amount of figure from his acting career. His movies have grossed over $1 billion at the Box Office. He lives in Santa Clarita, California where he owns a house. He has been living in this house for quite a long time.

The 74-year-old actor married Elanor Jane Goosby from 1966-99. The duo was married for almost three decades. He welcomed two children with her. After living together for nearly three decades he received a divorce from her.

Since 2001, Baily has served as the Executive Director of the Sunshine Kids Foundation- an organization that organizes a series of activities for hundreds of young cancer patients annually. He first volunteered with the organization after his goddaughter was diagnosed with leukemia.

Bailey was a married man and he was also mentioned to be a person who was into the deep stage of a relationship. He got married to his girlfriend after a long time of their affair whose name is Eleanor June Goosby and they were a perfect spouse indeed.

Bailey also mentioned that their high rumors about their dating made them confess about their affair publicly reviewing his bio. But their married life did not work out properly which resulted in the answer of divorce that took in the year 1999.

Bailey is the parent of 2 children who are full busy with his career and taking the better development of his children.

Bailey claimed after he got divorced he is single till today and he never came up with any mentality to get married for the second time. Bailey learned a good lesson from the breakdown of his first marriage according to him.