Is Korean-Italian Descent American Actor Alex Landi Gay? If not, Who Is He dating? 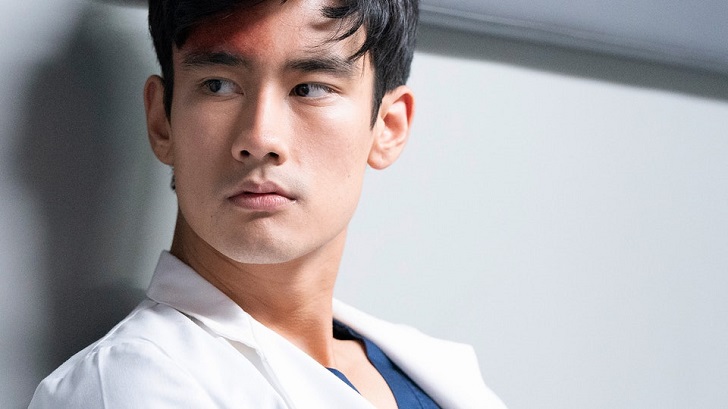 Korean-Italian descent American actor and model Alex Landi grabbed huge attention appearing the role of Dr. Nico Kim on Grey’s Anatomy. He appeared in the role of the first gay male surgeon in the television series, which made everyone confused about his sexuality.

So, is Alex Landi gay? Or is dating a girlfriend in real life? Scroll down to know every possible personal life, including his dating life, relationship, affairs, and more:

All those gay rumors swirl around the headlines after Alex Landi played the role of the first gay male surgeon on Grey’s Anatomy. His on-screen romance with surgical intern Levi Schmitt, which is portrayed by Jake Borelli is the main reason behind his gay rumors. Ellen Pompeo, Justin Chambers, Chandra Wilson, Patrick Dempsey, Kevin McKidd, Sarah Drew are some of the stars of the show.

Just appearing in the gay role on the screen does not mean he/she is gay in real life and the same is the case with Alex. He is not gay; instead is very straight. 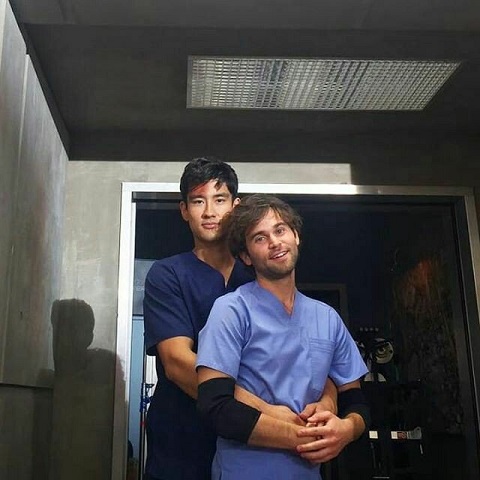 During an interview with Attitude, Alex revealed that as being an actor, every actor should be able to play a challenging role that even includes gay role regardless of their sexuality in real.

Alex also claims that he took a great risk for casting as; usually, Asians do not play the role of gay because they fear they might break Asian Stereotypes.

Who Is Alex Landi Dating?

Well, when it comes to personal life, Alex Landi prefers to keep his lips sealed. He has always been carefully maintaining a low-key profile and has not revealed anything regarding his dating life and relationships.

Likewise, Alex has also not been linked with anyone and also not spotted spending cosy moments with anyone who we can claim her as his girlfriend or wife.

While surfing around his Instagram, it seems like he is not married and single. He seems to be totally focused on his professional career, trying to achieve a new height in Hollywood.

However, Alex is a great fan of his Grey’s Anatomy Sandra Oh AKA Dr. Cristina Yang. In an Instagram video uploaded by him, he claimed that it was obviously a big bummer that Sandra did not win Emmy.

Keeping every personal life behind the curtains, Alex is entirely focusing on his professional career.