Is Kaynette Williams Single Or Married After Divorce From Blake Shelton?Details Of Her Relationship 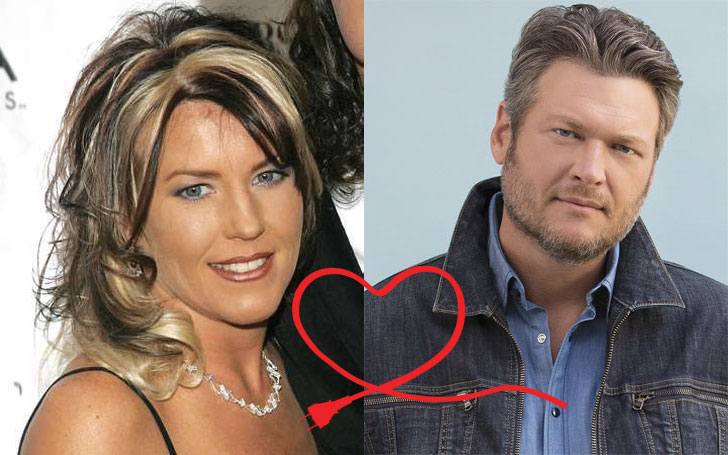 Tying the knot in 2003, the pair parted ways in 2006. So, after things ended with Blake, is Kaynette single at the moment? Or dating someone? Let's get the fact!

After her divorce, Kaynette completely vanished from the media for certain time period. According to her interview in National Enquirer in 2011, she shifted to Oklahoma from Tennessee after parting ways with Shelton.

She is currently working as a math facilitator at a Great Bend, Kansas elementary school.

When she was asked about her relationship with Blake, she explained,

"After Blake and I split up, I moved from Tennessee back to Oklahoma. But then Blake and Miranda moved back there to a neighboring town, and it just felt like Oklahoma wasn’t big enough for all of us.”

Many are curious weather Kaynette has moved on in her life after the divorce and the answer is YES!

Sources say that she's been reportedly dating and living together with rodeo champion, Cody Joe Scheck. The couple has yet not accepted the claim  but it is said that "Kaynette is the happiest she's ever been, and it's all due to Cody."

Well, let's congratulate the blessed couple. We wish to see them get married soon in following days.

Long before, Kaynette and Blake Shelton were Oklahoma High School sweethearts. The couple dated for some time before tying the knot on 17 November 2003.

They exchanged vows in a small ceremony in Gatlinburg, Tenn; surrounded by their family and friends.

Kaynette and Blake in their wedding

Shelton told a month after their marriage,

"I knew Kaynette was the one. Just because I can’t explain it I can’t say it’s because we get along or because of the way she looks. It’s just something I feel – you know what I mean? It’s nothing more than just knowing you’re right."

It was an unfortunate matter that the couple failed to maintain their relationship for a longer time duration. News broke that Shelton suspected his wife of cheating on him with two different men. Though the speculations were not proved, the duo's relationship eventually started to fall apart.

Shelton soon fell in love with Miranda Lambert when the two met when they sang a duet of 'You're the Reason God Made Oklahoma' for a CMT special in 2005.

Shelton openly admitted that he fell for the gorgeous lady right on the stage but the only problem was that he was still married to Williams at that moment.