Is 'Flip or Flop' TV personality Tarek El Moussa Muslim or Jewish? Details About His Religion, Divorce and New Girlfriend! 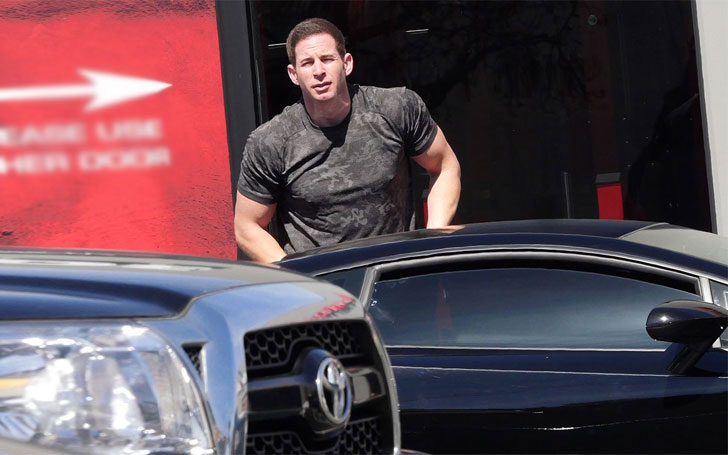 Are you a fan of  HGTV’s show Flip or Flop?  If yes, then Tarek El Moussa is not a new name for you. Tarek host's the reality show with his ex-wife Christina El Moussa. The couple is no more together, however, they still run a real-estate agency, "The El Moussa Group", in Orange County, California, and are continuing the show as well.

Along with the growing popularity of the show, many fans are also curious about Tarek's religion. Fans have made different assumptions regarding their religion. What is the truth? Is he Muslim or Jewish? We have all details about Tarek El Moussa's personal life here.

Is 'Flip or Flop' TV personality Tarek El Moussa Muslim or Jewish? What is his religion?

Thirty-six years old television personality Moussa, however, has not revealed his religion as he is not so expressive when comes to revealing any personal details. Is he scared or uncomfortable someone might find out what faith he follows? That's a possibility.

The Father of two, Tarek El Moussa, is not in a romantic relationship with anyone. He is possibly single. After going through a divorce from his wife, Christina El Moussa, the television host was in a relationship with his children's nanny Alyssa Logan who is twenty-three. He has two children, daughter Taylor who is six, and a son Brayden who is two.

Moussa apparently hooked up with the nanny after a month of his divorce from Christina. Tarek dated the nanny, Alyssa, for a month. His wife, Christina, however, has moved on and is dating his new boyfriend, Doug Spedding.

In a recent interview with host Carissa Culiner, when asked if she wants to have a baby with her new boyfriend, she replied:

After her divorce from Tarek, she was also rumored to be dating Hockey player Nate Thompson.

Tarek and Christina El Moussa started dating in 2009 and the couple decided to get married the same year. The couple is popular for their hit show Flip Or Flop.

After a year of marriage, the couple welcomed their first child, a daughter Taylor Reese El Moussa in 2010 and son Brayden James El Moussa in 2015. Tarek El Moussa and Christina ended their marriage of seven years in 2016 and divorced in 2017.