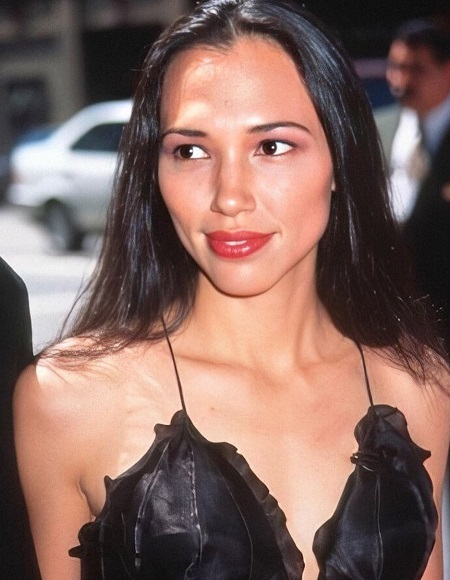 American actress Irene Bedard, who started her acting career in 1994, has appeared in many Native American characters in many moves. The 53 years old actress is best known for appearing as Suzy Song in the movie Smoke Signals.

Irene was born on 22nd July 1967, in Anchorage, Alaska, the United States of America. She is currently 53 years old. Her nationality is American whereas she belongs to Inuit and Cree ancestry.

Irene was born to father Bruce Bedard and mother Carol Bedard. She was born as the oldest of four siblings; Leslie Bedard, Jospeh Bedard, and David Bedard. She studied at Dimond High School and later attended the University of the Arts.

The actress, till the date, has appeared in movies like Navajo Blues, Smoke Signals, Paris, Wildflowers, 12 Bucks, Pussykat, Love’s Long Journey, The New World, Edge of America, Cosmic Radio, Family Feud, Ralph Breaks the Internet, Songs My Brothers Taught Me, The Tree of Life, Turok: Son of Stone, The Harbinger, The Bygone, and many others.

Similarly, she has starred in television series like The Stand, The Mist, Longmire, FBI: Most Wanted, House of Mouse, The Outer Limits, Into the West, Higglytown Heroes, The Agency, True Women, Crazy Horse, Young Justice: Invasion, What’s New, Scooby-Doo?, Two for Texas, Profiler, The Lost Child, Grand Avenue, among others.

How Much Is Irene Bedard’s Net Worth?

The 53 years old actress has been working in the entertainment industry for over two decades and has collected a high figure of money. As of 2020, her net worth is estimated to be around $5 million. Similarly, she earns an annual salary of $500 thousand.

Irene was once a married woman. She was married to singer Denny Wilson. As per sources, they got married in 1993. Together, the pair shares a child, son Quinn Wilson. Their kid was born in 2003.

In November 2010, reports were claiming that Denny sexually and physically abused her throughout their marriage. As per her niece Alia Davis, Denny had forbidden her to work unless he specifically approved the project. The couple later divorced in 2012.