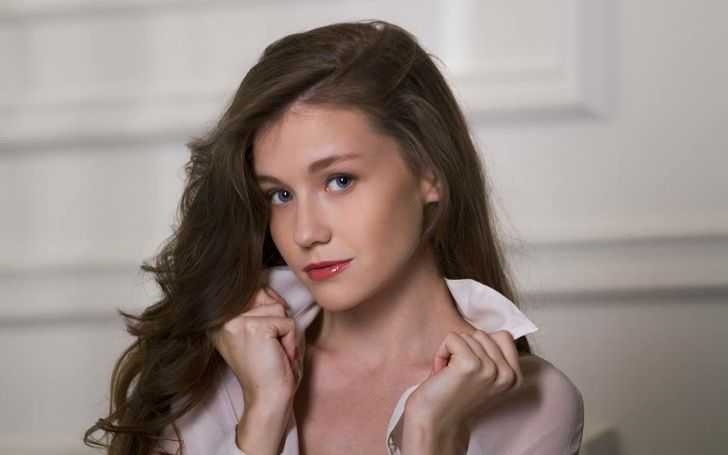 Ukrainian born American actress, Tania Fox is active in the entertainment industry since 2009 and has collected more than 30 acting credit in her name. She is very famous for her appearance in the  Attack of the Unknown, Art of the Dead, and Puppet Master: Axis Termination.

Tania Fox was born under the birth sign Cancer on July 9, 1993, in Kiev, Ukraine. She is of American nationality while her ethnicity is missing. Apart from this, there's no single information regarding her early life such as parents, siblings.

As per the source, Tania Fox joined Kiev National University of Culture and Arts from where she received a bachelor's degree in acting. Also, she has done a Master of Fine Arts from the New York Film Academy.

The 27 years old, Tania Fox doesn't seem to be involved in any kind of love affairs as of now. Whether she is married or dating someone is unknown to all of her fans. To this, she has not been spotted with any guy.

It is known facts that she is the mother of one but there is no single detail about the father of her kid.

She is an active user of the Instagram platform under the user id name @taniafoxfilm. She has more than 26.1 followers as of late 2020 in her account.

While talking about her career, she made her acting debut from her appearance in the TV series named Playboy Plus. After three years she was cast in the TV series, Vitalka. Her career started getting notable after she was cast in the movie named Puppet Master: Axis Termination as Elisa Ivanov in 2017. In the series, she has shared the screen alongside Tonya Kay, George Appleby, Kevin Scott Allen.

Some of her other notable work includes Anna and Dan, Fire Creep, Fair Maiden, It's Always Sunny in Philadelphia, Art of the Dead, Blade the Iron Cross, Attack of the Unknown. Her recent appearance is in the movie named Apocalpyse of Ice. Also, she is set to appear in the upcoming project Rooftop.

While talking about her biggest achievement once she said that,

MOVING TO HOLLYWOOD FOR A GIRL FROM A SMALL TOWN IN THE MIDDLE OF UKRAINE WITH NO MONEY OR CONNECTIONS, ONLY HAVING A DREAM AND HOPE IS QUITE AN ACCOMPLISHMENT IF YOU ASK ME.