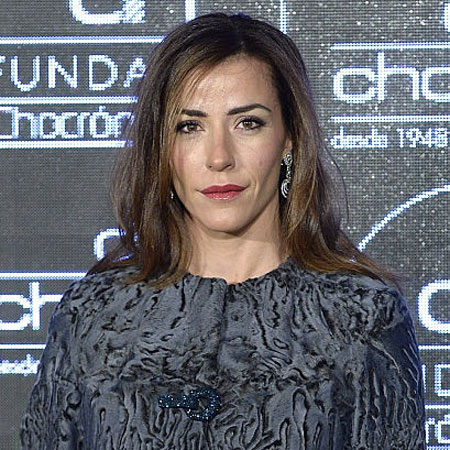 Ines Sainz is a Mexican journalist who is known for hosting the Spanish-language sports interview program named DxTips.

She is engaged with the Azteca Deportes as a sports journalist. Apart from that, Sainz is also a boxing match host and owner of a production company in Mexico.

Ines Sainz was born as Ines Sainz Gallo de Perez on 1st January 1978 in Queretaro, Queretaro in Mexico. She is a Mexican by nationality. Her zodiac sign is Capricorn. Her father was a lawyer.

Sainz grew up with her three brothers as a tomboy. At 14, she already had a black belt in taekwondo and had competed in national level competitions.

Her mother wanted her to be a Professional model. She has done the photoshoot for many companies and brands including Telcel, Bacardi, and Hoteles Mision. Inez Sainz got her education from Universidad del Valle de Mexico in Queretaro. She got a Licenciatura en derecho degree. Sainz also got a Master's degree in tax law from Universidad Autónoma de Querétaro. Sainz has another degree in business administration.

Ines Sainz was brought into the limelight when she appeared on TV Azteca’s website in a swimsuit. She made appearances on various Spanish-language magazines including the H Para Hombres, Esquire Mexico, H Para Hombres, and Maxim.

She then decided to leave modeling and enter into television sports. In 2009, Sainz was declared as the fifth sexiest woman sports reporter in the world by the magazine FHM.

Ines Sainz got much media attention when she was chased by the media cameras at the 2007 Super Bowl’s media day. She was captured by the cameras as much as the football star Peyton Manning. In 2008, she was able to interview Terrell Owens who was not ready to face the media. Ines Sainz was hired by a boxing company named Top Rank to conduct pre-event interviews and reports.

As far as the personal life of Ines Sainz is concerned, it is known that she is a married woman. She is married to Hector Perez Rojano. Her husband Hector is a television producer. The couple has four children named Maria Ines, Eduardo, Hector, and Maya Rojano. Eduardo and Hector are twins born in 2008.

Ines was previously married to William E. Selwyn. She actively participates in sports like swimming basketball, tennis, volleyball and football. She is a very good swimmer and volleyball player.

Net worth and Physical Appearances

Ines Sainz has earned a lot of name and fame working in the field of sports journalism so she is paid well for her work. Her exact salary has not been revealed yet but according to sources, the estimated net worth of Ines Sainz is $4 million.

Standing at five feet and eight inches, Ines Sainz is quite tall in height. Ines Sainz was involved in sports from a young age so she has an athletic body. At the age of 39 years, she is healthy and energetic. Ines Sainz has hair of blonde color and her eyes are blue in color.