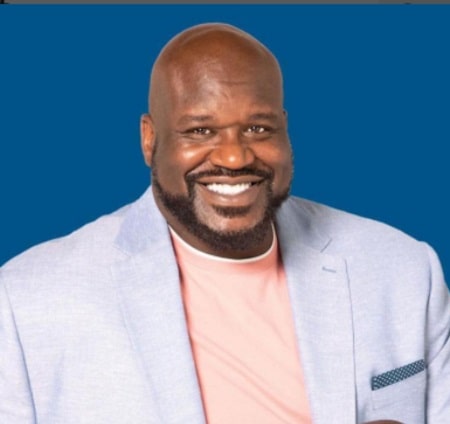 Shaquille O'Neal, aka Shaq, is a veteran basketball player known for his sky roofing height of 7 feet and 1 inch. He is one of the heaviest players in the history of the NBA. Shaq is also a rapper who is currently serving as a sports analyst for the program Inside the NBA. He is also involved in acting and commercial works. Shaq has earned million of net worth from his multiple careers. He is also involved in several charity works.

Regarding his personal life, he is dating his girlfriend, Annie Ilonzeh, and their relationship sparked when they were spotted holding hands in 2019. Previously, he was married to Shaunie Nelson, with whom he shares four children. And he is also the father of two other children from his past relationships.

Shaquille Rashaun O'Neal was born on 6th March 1972 in Newark, New Jersey, to parents Lucille O'Neal and Joe Toney. His father was an All-State guard at high school and struggled with drug addiction. His dad was imprisoned for drug possession when Shaq was an infant.

While his father was in prison, his mother married Philip A Harrison, an Army sergeant. Furthermore, O'Neal, along with his half-siblings, one brother Jamal O'Neal and two sisters, Lateefah O'Neal and Ayesha O'Neal were raised by his step-father. Since his birth, he had not met with his biological father until March 2016. When he met his biological father, he says,

O'Neal, who is known as Shaq, attended Robert G. Cole High School, where he played basketball and later was offered a basketball scholarship to play at Seton Hall.

He studied business at Louisiana State University. He earned an MBA through online study at the University of Phoenix in 2005.

Shaquille O'Neal started playing basketball in his childhood. His height seemed to be a great advantage in his career. His career started at Louisiana State University, where he won All-America two times with several other titles. During the time, he also received the Adolph Rupp Trophy as NCAA men's basketball player of the year in 1991. His 900 pounds bronze statue is located in front of the LSU Tigers Basketball Practice Facility.

Shaquille O'Neal's professional career started in 1992 after becoming the 1st overall pick of the Orlando Magic. He spent four years with the team winning several matches and winning several titles and awards under his name. In his rookie season, he finished in teh top 10 in blocks, scoring and rebounding. He also became the first player in the history of the NBA to be named Player of the Week in his first week in the league.

After leaving Orlando Magic, O'Neal joined Los Angeles Lakers in 1996. He signed a seven-year contract for $120 million, which became one of the biggest contracts in NBA history. The year, he assisted in winning a gold medal at the Olympic Games for the US.

I’m a BAD BOY, even @diddy call me BIG SHOUT OUT TO GREATEST RAPPER OF ALL TIME NOTORIOUS BIG #CANTSTOPTHEREIGN great painting by @keishjp

In 2000, the Lakers extended the contract to three years for $88.5 million, but due to friction with their teammate, Kobe Bryant, he moved to Miami Heat, where he played for four years. In the season 2004-05, he earned the fourth championship of his career.

O'Neal took retirement from his professional basketball career in 2011, playing a season with Boston Celtic. He announced it via Twitter, writing,

"We did it. Nineteen years, baby. I want to thank you very much. That's why I'm telling you first. I'm about to retire. Love you. Talk to you soon."

After the announcement, O'Neal became an NBA analyst and later worked with several legendary NBA players, including Kenny Smith, Charles Barkley, and Ernie Johnson. He also worked on an Ed.D. in Human Resource Development at Barry University.

O'Neal has appeared in several commercial advertisements and has invested in various companies, including Apple, PepsiCo, and General Electric.

In 1993, he started his music career by composing rap music. The year, he released his debut album, Shaw Diesel which received platinum certification from RIAA. The following year, he released a rap album, Shaq Fu: The Return, where he disclosed his feeling toward his biological father in the song, Biological Didn't Bother.

I China ???? and China loves me! @lictour #shanghai #DJDiesel #China

Besides, O'Neal also built his career in acting. He worked in several movies like Blue Chip along with Nick Nolte, Jack and Jill, My Wife and Kids and Scary Movie 4, among others. He also appeared in several TV shows.

Here is the list of his salaries earned from different clubs in different seasons:

O'Neal also owns a $28 million worth Florida Mansion. In addition to that, he may earn a good sum of money from sponsorship and endorsement deals. As per the Influencer Marketing Hub, O'Neal has the potential to earn $48,886 - $81,476 from a single sponsored post on Instagram.

Likewise, O'Neal has worked with various renowned brands and from his work, he must have taken home a good sum of money. No doubt, O'Neal lives a lavish life with his great income.

O'Neal is involved in several charity works. He donated $1 million to the Boys and Girls Club of America. In 2016, he raised $5.8 million for charity with Toys'R'Us. 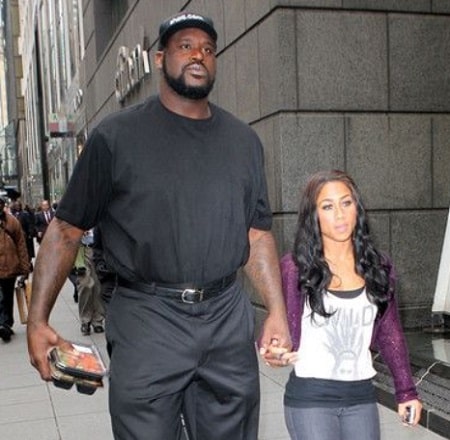 His girlfriend is a lifestyle blogger, and It is said that Shaq had proposed to her through Instagram. The pair was spotted while celebrating O'Neal's birthday in Atlanta for the first time. The couple looks very happy together and might be planning to get married soon.

In March 2017, O'Neal proposed her writing in one of the pictures of Rolle,

"Will you marry me?"

In response to the proposal, Rolle wrote,

"yes, I will. Today, tomorrow, and forever yours."

The couple is still not married even after such a proposal. Before dating his current girlfriend, he had an affair with reality TV star Nicole 'Hoopz' Alexander but later got split in 2012.

Their first child Shareef who was born on 11th January 2000, followed his father's steps. He also has a stepson, Myles Nelson, who was born to Shaunie in her previous relationship.

His wife Shaunie filed for divorce against him in 2007, but later they reconciled and withdrew the divorce. However, in 2009, she again filed for divorce, citing irreconcilable differences.

Shaquille O'Neal is known for his number of love affairs and relationships. He was in a relationship with Arnetta Yarbrough, with whom he has a daughter, Taheara O'Neal, who was born in 1996.

Moreover, the 50 years old sports analyst has had a strong presence on Instagram where he has gained over 24.6 million followers. From his account, O'Neal gives regular updates on his ongoing lifestyle.