Christina Tosi, Best Known As Judge Of Master Chef, How Rich Is She? 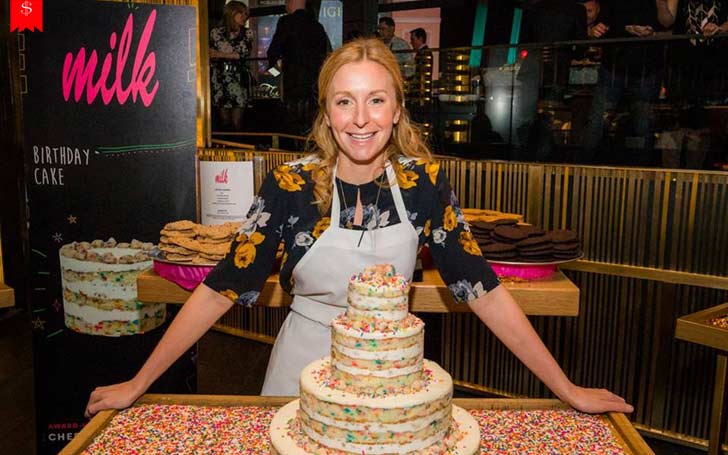 Christina Tosi is a chef, author, and television personality who is best known as a judge in  MasterChef and MasterChef Junior.

Tosi also the owner and founder of Momofuku Milk Bar has earned handsome amount of net worth from her career. How much has Tosi accumulated? What is her net worth? We have some exclusive details about her sources of incomes and assets here.

Christina Tosi's Net Worth And Her Sources Of Income

Christina Tosi's estimated net worth is around $1 million as per Celebrity Net Worth. Most part of her net worth is accumulated from her career as a chef, author, and television personality.

The 37-year-old who started her career as a Chef at Bouley and wd~50 in New York is the owner, founder, and Chef of Momofuku Milk Bar since 2008. Momofuku Milk Bar, which is the sister bakery of the Momofuku restaurant group, has nine retail outlets including in New York City, Los Angeles and Toronto, Canada.

CAPTION: The owner, founder, and chef of Momofuku Milk Bar since 2008, Christina Tosi has an estimated net worth of $1 million SOURCE: Refinery29

She was the judge in the cooking show, MasterChef for three seasons from 2015 to 2017 alongside co-judge Gordon Ramsay. Ramsay who has estimated net worth is $160 million has estimated salary of $225,000 per episode in the show. As a judge herself, Tosi also earned a salary around the same range.

Also, she is the judge of MasterChef Junior since 2015. Tosi was featured in Netflix's, Chef's Table: Pastry in April 2018.

Besides, Tosi has endorsed several brands and performed in a television ad for automobile company Subaru in 2014. In addition, she is marketing her cookie mixes in consumer retail company  Williams-Sonoma stores.

Tosi is an author of cookbooks, Momofuku Milk Bar published in October 2011 and Milk Bar Life: Recipes & Stories published in April 2015. The hardcover of the books is available on Amazon for $28.18 and $29.08 respectively.

Where Is Christina Tosi's House? Her Lifestyle And Assets

Tosi owns a penthouse at 139 West 19th Street with her restaurateur husband Will Guidara. The $3.7 million worth asset has two-bedroom, two-bathroom, huge living room, open kitchen/dining rooms, and 1,400-square-foot terrace.

CAPTION: Christina Tosi owns a $3.7 million worth penthouse at 139 West 19th Street along with her husband restaurateur Will Guidara SOURCE: ny.curbed

She owns stunning Lexus car. Lexus car is the America's best-selling line of luxury motor vehicles and has a price tag ranging from $33,020 to $77,780.