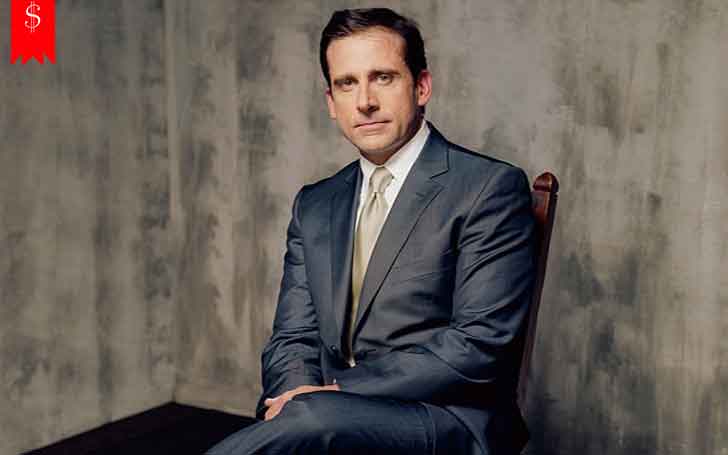 Steve Carell is best known as the man behind the voice of Gru from our favorite Despicable Me series. From his appearances in many super hit movies and television series, Carell is earning an impressive amount of net worth.

The Foxcatcher actor is one of the highest-paid actors of Hollywood.  How much is his net worth?

Carell started his acting career from a touring children's theatre company. Later, he got a chance to perform in the comedy musical Knat Scatt Private Eye. During his early career, the actor worked for various commercials including Brown's Chicken & Pasta and played minor roles in several movies and television shows.

The actor is widely known for his appearance in the 2006 NBC television sitcom The Office playing the character Michael Scott. From the series, he earned an attractive salary as in the third season, he was paid around $175,000 per episode. Carell was nominated for several awards for his performance of an idiosyncratic regional manager, and among all the nominations managed to win Golden Globe Award.

Here are the details of Carell's movies and their box office collection.

The brilliant actor is known for his voice-over in multiple blockbuster animated movies, to name few; Over the Hedge (2006), Horton Hears a Who! (2008), and most significantly in the Despicable Me series.

Besides his voiceover roles, the star notably starred in The Big Short (2015), and Cafe Society (2016) among others.

The amazing actor was nominated for numerous awards for his work among them, he won a Golden Globe Awards, three Screen Actors Guild Awards, and two Writers Guild of America Awards.

Apart from his acting career, Carell is into a small side business; brought Marshfield Hills General Store in Marshfield, Massachusetts.

Little Miss Sunshine actor Steve Carell is enjoying a luxurious life out of his fortune of $50 million. Currently, the actor resides in his Toluca Lake, Los Angeles mansion along with his beautiful and lovely wife Nancy Carell and their two children; a daughter Elisabeth Anne Carell and a son John Carell. However, the celebrity leads quite a secretive life.

In 2010, the millionaire actor purchased a 5,126 square feet mansion in Toluca Lake, LA for $6 million. The house is a luxurious one with 6 bedrooms and 5 bathrooms, a huge swimming pool, spa, guest house and private tennis court. He also built an automobile elevator for his cars.

The comedian previously owned the four-bedroom house in Marshfield, Massachusetts, which he brought in 2005 for $790,000.

The 55-years-old actor is fascinated with cars and he currently drives Audi A8. Except that, the actor owns some other expensive cars as well.