Hootie and The Blowfish Star Darius Rucker is Living Happily with Wife Beth Leonard, Details About Their Married Life and Children 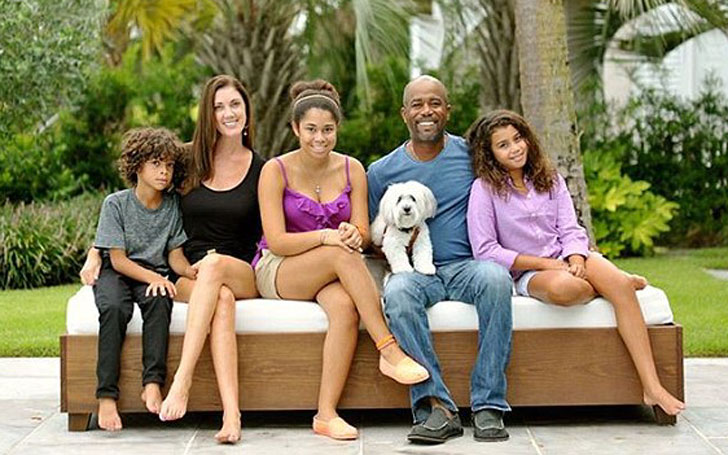 Darius Rucker is a famous American singer as well as a songwriter who began his career as the lead singer of the band called Hootie and The Blowfish which was formed in 1986. The Grammy award-winning rock band member isn't always in the limelight, however, he still has a huge fan following. And for all the Darius Rucker or Hootie and the Blowfish fans, we've some updates about his personal life.

Darius Rucker is married to the love of his life Beth Leonard, who he claims was the one from the very beginning. How is their relationship going so far? Do the couple share any children? We're discussing their married life here!

Beth Leonard used to work for VH1 in New York when it all started, as her schedule included booking talented singers and bands, planning events, and working with various artists and managers and Darius Rucker was one among those artists.

Darius Rucker in the UMG Nashville press room described his love for Beth Leonard in the most adorable way possible saying:

I don’t know what it was about her, I mean, it was EVERYTHING about her. I told her I was going to marry her on our first date.

That is most possibly one of the sweetest things anyone's said about their partner.

Describing the beginning days of their romance, Darius Rucker said:

“I had been trying to get her to go out with me, and she wouldn’t. I was in New York, and it was one of those rare nights off. I didn’t have anything to do we always had something to do when we were in New York! We had the night off, and I was just in my hotel room. She called me and said, ‘Hey, do you want to go see this play?’ I was like, ‘Sure!’”

Can this be more romantic? Well, yes! It got even more romantic when they got married in 2000! And, now Darius Rucker and Beth Leonard have three children together. The couple is still living happily ever, and they have been married for 17 years!

Does Darius Rucker And Beth Leonard Have Children Together?

They say being a parent is one of the most beautiful feelings and experiences in the world, and in case of Beth and Rucker, they are blessed with not only one or two but three children; Caroline Rucker (1996), Daniella Rose Rucker (16th May 2001), and Jack Rucker (2005).

While Jack and Daniella Rose are their biological children, Caroline is from Darius' previous relationship. Both Rucker and Beth, however, admit to loving all the children same.

“Beth’s a strong woman. It takes a strong woman to be married to a musician, especially a musician who was drinking and partying as hard as I was.” He further added, “And I thank her every day for staying with me and being the strong woman she is. “You know, her and country music saved my life.”

We have to admit that both Rucker and Beth are lucky to have each other.

Even after these many years, they are content and satisfied with each other and we hope nothing but more happiness and success for the Rucker’s family.