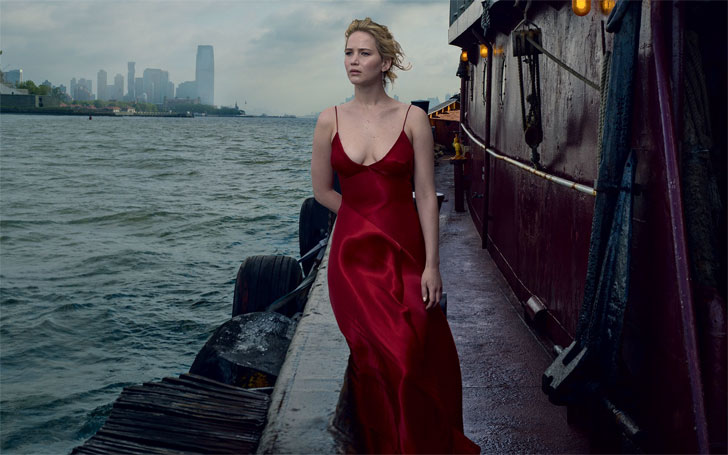 Jennifer Lawrence who was blamed for Chris Pratt and Anna Faris’ split, could or could not be guilty. However, one fact remains intact, her A-list Hollywood status. Lawrence is also known for being one of the highest paid actresses in Hollywood. Therefore, she undoubtedly lives a luxuries life.

We know, we know! Jennifer Lawrence is one of the more real and down to earth celebrities.Although it might seem like Jennifer is 'that kind of lux just ain't for us' kinda girl, she does have a lot of money, and you know what money can buy you-from gold toilet papers to private jets!

So, let get to know more about the luxe life and net worth of the gorgeous Oscar-winning star Jennifer Lawrence.

The Hunger Games (2012-2015) star and the big time fan of the Kardashian family, Jennifer Lawrence, has only been a part of this industry for just a decade but has won hearts of millions already. Also, not to mention the literal millions in money she has made.

The highest paid actress of 2015-2016, Jennifer Lawrence, has a net worth of $110 million. Majority of her earnings come from her role in Huger Game Franchise as Katniss Everdeen.

Jennifer Lawrence signed a  US$15-20 million deal with the French luxury brand, Dior.

And, her empire is only flourishing further, as of now her films have grossed over $5.5 billion worldwide. She was paid $500000 for the first Hunger Games movie, which has increased to a whopping $15 million now.

Lawrence was paid $15 million for her movie, Joy for which she earned an Oscar nomination as well.  She received $20 million for Passengers after speaking up for equal pay.

Let's start with her home. The bona fide movie star, Jennifer Lawrence, has a stunning mansion in Los Angeles. She lives in an exclusive gated community in Beverly Hills which costs her over $8 million, one's home should befit their success, isn't that so?

The 5,500-square-foot home that Jennifer currently lives in has been owned by the stars like Jessica Simpson and Ellen DeGeneres before. Now, her neighbors include Cameron Diaz, and  Mila Kunis and her husband Ashton Kutcher. How cool is that?

Her home is cool and all, but what does Jennifer Lawrence like to ride? We're talking about her cars here! Currently, Lawrence drives a two-door convertible- white Volkswagen Eos; it can cost you from $36,145 to $42,745.

Lawrence also has a  black Chevrolet Volt starting which can cost you anywhere from $34,095 to $38,445. What good is being in the public eye 24/7, working so hard and living through all the scandals, if you don't have a good ride? We're sure Jennifer Lawrence agrees!