Hera Hilmar is an Icelandic actress who started her acting career with the Icelandic biographical drama film, Tears of Stone in 1995. She is best known for her role Vanessa in the TV series Da Vinci's Demons. Similarly, the critics and fans loved her performance in the film Life in a Fishbowl which made her an international star.

Hera Hilmar was born Hera Hilmarsdottir on December 27, 1988, in Iceland. By nationality, she belongs to the Icelandic nationality. Hera's mother Porey Sigporsdottir is an actress while her father Hilmar Oddsson is a film director.

Talking about Hilmar's education, she attended the London Academy of Music and Dramatic Art where she graduated with a BA (Hons) Professional Acting.

Hera began her career in acting appearing in the Icelandic biographical drama film, Tears of Stone in 1995. Then, in 2007, she appeared in the movie The Quiet Storm. The following year, she played Lara in another film Two Birds.

Additionally, in the year 2012, Hilmar appeared in two movies World Without End, Anna Karenina, and the TV series Leaving. Also, the actress worked in films The Fifth Estate and We Are the Freaks in the next year alongside Michael Smiley, Jamie Blackley, Amber Anderson, Rosamund Hanson, Mike Bailey, and many others.

Hera worked in 25 episodes of the series Da Vinci's Demons as Vanessa Moschella. Some of her recent notable work credits include The Oath, Life in a Fishbowl, An Ordinary Lieutenant, The Ashram, Mortal Engines, and The Romanoffs. 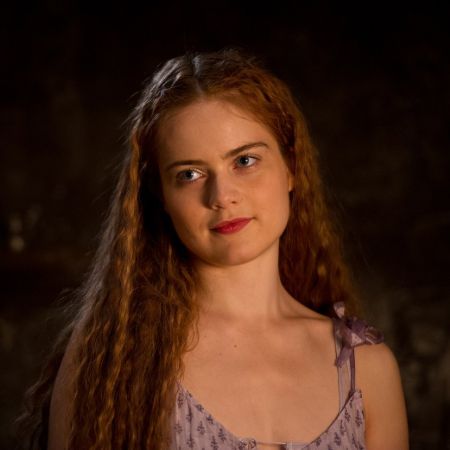 Net Worth, Income Source, And Salary

The prominent figure Hera Hilmar's net worth is estimated at around $500,000. She earns a good sum of salary from her career.

The primary source of her earnings is her appearance in films and television series. Besides that, her endorsement deals, sponsors, commercials, and TV advertisements also help to add a few dollars to her net worth and bank balance.

The 5 feet 7 inches tall Hera Hilmar is very private and never openly discusses her private life, especially her dating life to the public. There are no recent updates on her personal life, however, back on August 5, 2018, she uploaded a cozy picture with a mystery guy where the photo was captioned as one love.

The boy was hugging her from the back, and it seems that the couple was spending quality time on their vacations. The fans were immediately excited after she uploaded the picture where the one fan wrote: I’m dying because of how much love is in this photo.

Though the pair seemed very loved up, there are no further details about their relationship. Her mystery boyfriend is completely out of the media radar and they also have not made an appearance on Instagram recently. The few facts suggest that they might have broken up, however, there is no official confirmation.

Other Facts: Age And Height