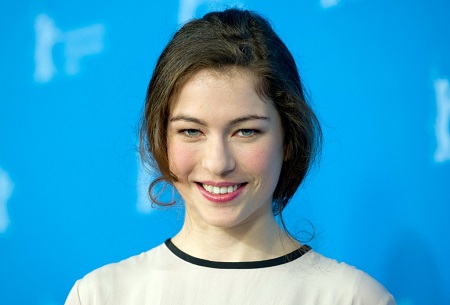 Who Are Her Parents? Siblings?

Henriette was born on 5th February 1991 and is 30 years old, as of 2021. She was born in Berlin, Germany, and belongs to German nationality.

Henriette was born in a family where everyone is engaged in an entertainment career. Her father, Gerrit  Confurius, is a German-Dutch writer, whereas her mother is a Dutch theatre actress. She grew up with two sibling-brothers, Lucas and Carl, who are also actors.

The actress does not have any acting degree but always said that she went back to acting sooner or later.

Is The Lead Actor Of Series Tribes of Europa

Henriette started her professional career in 2001 but came to the attention in 2003 after appearing as Kim Krinowsky in the television series Polizeiruf 110. The following year, she appeared as Laura Hoffmann in the series Bella Block.

In 2005, she made appearance as Jenny in Ein Starkes Team. Since then, the actress has worked in many other television series like Tatort, Notruf Hafenkante, In aller Freundschaft, Die Wolfe, Ein Fall fur zwei, Kustenwache, SOKO Wismar, Die Bergretter, Countdown- Die Jagd beginnt, Tannbach, and Tribes of Europa.

In the series Tribes of Europa, she worked alongside stars like Melika Foroutan, Emilio Sakraya, Oliver Masucci, Robert Finster, among others.

Similarly, the actress made her big-screen debut in 2009, appearing in the movie The Countess as Kayla. She then has worked in three more movies, i.e., Lessons of a Dream, Beloved Sisters, and Fog in August.

How Much Is Henriette Confurius’s Net Worth In 2021?

The actress, who has been active in the entertainment career for around two decades, has worked in a handful of movies and television series.

The exact figure of her worth is not revealed in the media; however, according to some tabloids, she is worth $500 thousand. The average salary of a German actor is around €68,231 a year, so she might also be receiving in the same range.

Some celebrities prefer to share everything regarding their personal life, whereas some, like Henriette, loves to live behind the curtain.

The actress is extremely secretive when it comes to her personal life. She rarely appears in public and is not active on any social media platforms; thus, it is quite hard to know about her private life.

Henriette’s current relationship status is quite confusing. Some sources claim that she is currently single, while some argue that she might be dating her boyfriend but loves to keep it private.