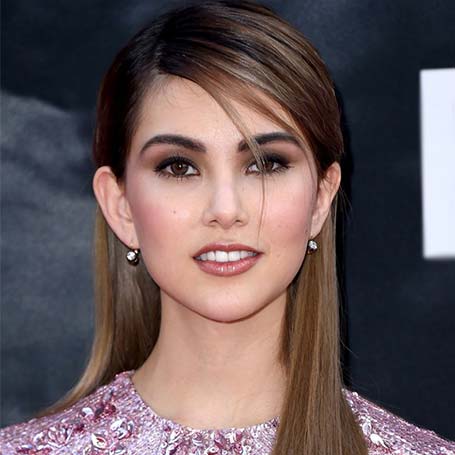 Taiwanese actress and model, Hannah Quinlivan is active in the entertainment industry since 2008. She made her acting debut in 2012 in Ti Amo Chocolate and has appeared in a number of popular movies and tv shows since then. She, however, is popular for appearing in the television series Heart of Steel as Ren Yuhong.

Hannah Quinlivan was born on August 12, 1993, in Taipei, Taiwan to Chinese-Korean mother Violet Wu and Australian father Patrick Quinlivan. She has two half-siblings from both of her parents. Furthermore, she holds Taiwanese and Australian nationality and belongs to mixed ethnicity/race.

Hannah Quinlivan started her career in 2008 in Blackie's Teenage Club and made her acting debut in  Ti Amo Chocolate in 2012 where she played the role of Peng Kaili. After a year, she got her first film role in the film Step Back to Glory and Amour et Pâtisserie.

The 25-year-old actress made a cameo appearance in the television series The Lying Game. Later, she appeared in a number of screen roles including Heart Of Steel, Skyscraper, S.M.A.R.T. Chase and others.

Hannah Quinlivan has an estimated net worth of $1 million. The actress makes an impressive sum from her screen appearances in TV series and movies. Moreover, she earns $3,556.5-$5,927.5 per promotional post from Instagram as she has 1.7 million+ followers as of 2019.

In 2018, she starred in highly anticipated Hollywood movie, Skyscraper along with Dwayne Johnson, Neve Campbell, Noah Taylor, and others. The movie collected $304.9 million at the box-office against the budget of $125 million.

On the other hand, her husband, Jay Chou holds an astonishing net worth of $75 million which he acc u mulated from his singing and acting career.

Hannah Quinlivan is happily married to singer and actor, Jay Chou in Selby Abbey, North Yorkshire, England on 17 January 2015, a day before Jay's birthday. Later, the couple organized a private wedding ceremony for their closed ones and family members on February 9 in Taipei. After a month, they had their third reception in Australia.

CAPTION: Hannah Quinlivan with her husband and daughter. SOURCE: straitstimes.com

The pair started dating in 2010 after meeting at a clothing shop where Hannah was an employee and Jay invested at that shop. The couple, however, confirmed their relationship only in November 2014 and a month after they announced they would get married.

In addition, the beautiful pair is blessed with two children, they first welcomed their daughter, Hathaway Chou in July 2015 and later a son, Romeo Chou in June 2017.