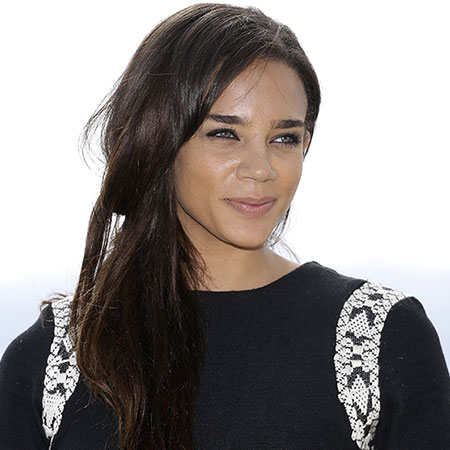 Hannah John Kamen is a British actress who became famous after playing a role as Dutch in Syfy television series "Killjoys" and Ornela in the famous HBO series "Game of Thornes." She even did a voice acting on a video game Dark soul. She won two nominations for her performances.

Hannah Kamen was born Hannah Dominique E. John-Kamen on September 7, 1989, in Anlaby, East Yorkshire, England under the zodiac sign of Virgo. She born as the youngest among three children of her parents. Her father was a Nigerian Forensic psychologist and mother is a former Norwegian fashion model.

Hannah attended primary school in Kirk Ella and joined Hull Collegiate School for her secondary education. She was also trained at the National Youth Theater in London. She completed her graduation from the Central School of Speech and Drama in 2012.

In 2016, she did a guest role on HBO's Game of Thrones and also appeared in Playtest, an episode of the anthology series Black Mirror. She even appeared in the second season of the Uk series The Tunnel season two. In 2018, she played Ava Starr/ Ghost in the superhero film Ant-Man and the Wasp.

She received her first award nomination in Behind the Voice Actros Awards and also was nominated for Best Female Vocal Performance in a Video Game in a Supporting Role.

Hannah John-Kamen's net worth is estimated to be around $500,000 as of January 2019. She has earned a decent amount of money through her acting career. Coming to 2019, Hannah has worked in many movies and television series; some of which are:

Below, we have presented you a video where we can see Hannah John-Kamen talking about her role in Ant-Man and the Wasp movie.

Besides, she has also worked in some the famous TV series which are:

Hannah John-Kamen seems to keep her personal life secret from the media. Despite being a famous actress, Kamen has kept her relationship status and affair away from the media. However, in 2016, she started sharing her personal stuff with her fans and media through her social media account.

As of 2019, Kamen is in a happy relationship with Julian Stevens, a TV producer. The couple is frequently spotted in the public which she also shares on her social media.

She is also seen mentioning her boyfriend in her tweets and social media posts. On December 1, 2016, she posted a tweet congratulating her producer boyfriend for a successful second season of TV series The Missing.

Congratulations to my gorgeously talented @juliandstevens for an epic series 2 of the missing! Best producer ever

The adorable couple was seen vacationing in Paris, France in July 2018. Her boyfriend Stevens also shared their photos on his Instagram. The cute couple is not married yet; they might think about their marriage in the near future as they are dedicated in their respective field at present.