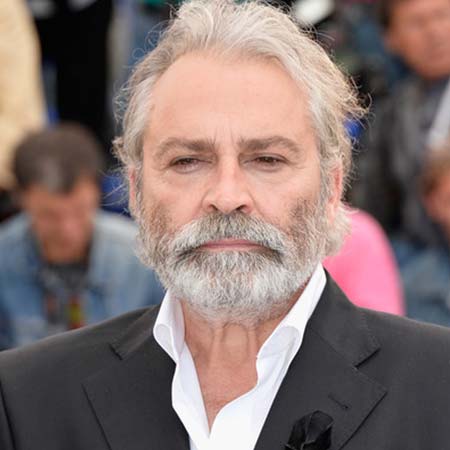 Born and raised in Turkey, the veteran actor Haluk Bilginer is best known for his portrayal of Mehmet Osman in the television soap opera EastEnders, which is also his best-known role to date. Making his appearances in Turkish movies and TV shows, the actor had minor roles in Hollywood films as well. Some of his other notable roles were his portrayals of a villainous guerrilla leader in the 1987 comedy Ishtar and a Turkish Mafioso in the 2001 dark comedy Buffalo Soldiers.

Born Nihat Haluk Bilginer in 1954, in ?zmir, Turkey, he is a Turkish by nationality belonging to Kurdish ethnic background and shares the birth sign Gemini. He is the son of Tahsin Bilginer and Bedriye Bilginer.

Regarding his education, he attended the Ankara State Conservatory and graduated in 1977. Following his graduation, he moved to England, where he joined London Academy of Music and Dramatic Art, graduating with a fine degree.

Haluk Bilginer's Career And Awards: His Journey Towards Success

The veteran actor debuted his career making his first appearance on television, landing his role in the British soap opera EastEnders in 1985. He had a long-running role in the series until 1989. Well, before that he had an uncredited role as an Arab Driver in a British thriller miniseries The Glory Boys.

He has worked in other TV series like Bergerac, The Young Indian Jones Chronicles, The Bill, Spooks, Ezel, and New Blood.

His other movie roles include Ishtar, Lionheart, Istanbul Beneath My Wings, Masumiyet, The Raindrop, Harem Suare, Beans, Killing the Shadows, and Winter Sleep.

For his works in the film Masumiyet, the actor has won the Golden Orange Award for Best Supporting Actor as well as Jean Carment Award. Likewise, he has won FIPRESCI Prize for his work in the movie Winter Sleep, while the movie grabbed the Palme d’Or and the FIPRESCI Prize.

Haluk’s most recent work on television was in the 2018 series ?ahsiyet, where he played the main role whereas his most recent film was also in the same year in the movie Halloween, where he portrayed Dr. Ranbir Sartain.

Haluk Bilginer's Net Worth And Salary

The EastEnders star currently possesses the estimated net worth around $2 million. In his career, he has earned a huge fortune working on various movies and TV shows. Well, the actor earned popularity working in Turkish as well as British films and TV series. He also worked in some of the Hollywood movies.

According to Paysa, actors in Turkey generally make an average of $45 thousand with 25% of them earning around $43 thousand and remaining 75% making $47 thousand while top earners earn more than $50 thousand.

Talking about British actors, well they are paid an average of £100 ($131.73) per day, which in a year is calculated to be around $40 thousand-$50 thousand. Coming to Bilginer, though he has not revealed his actual salary, it could range close to five digits figure.

Haluk Bilginer' Personal Life: Is He Married Or Single At Present?

Moving to his relationship status, the Turkish actor is a divorcee and has a child from his previous relationship. He has been married twice in his life.

Bilginer’s first wife was actress/singer Zuhal Olcay whom he was married in 1992. The former pair met each other back in 1987, when Haluk traveled to Istanbul for the TV series Grecenin Öteki Yüzü (The Other Side of the Night). The duo divorced in 2004 due to some unknown reasons; they had no children together.

He was wedded to his second wife A?k?n Nur Yengi in 2006, and had a daughter from their marriage; they divorced in 2012.

As of May 2019, the actor seems to be single and has not involved in any kinds of relationship. Well, he might have a secret relationship, however, he has not about that.