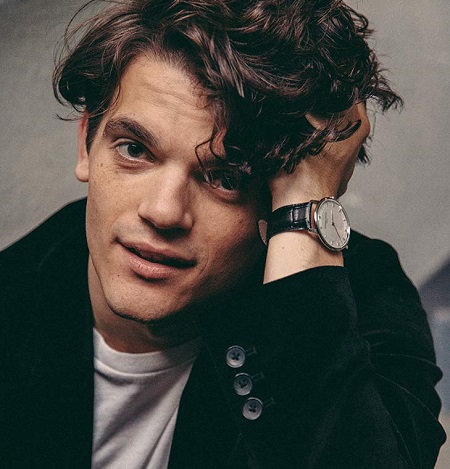 Edward Bluemel is a rising English actor who started an acting career in 2013. The 27 years old actor is famous for portraying the role of Marcus Whitmore in the fantasy television series, A Discovery of Witches. He is also well-known for appearing in series like Sex Education, Brave New World, Killing Eve, and The Crown.

Edward was born on 22nd May 1993, and is 27 years old, as of 2020. The actor was born in England and belongs to an English nationality. His birth sign is Gemini.

Regarding Edward’s educational background, he studied at Taunton School and later joined the Royal Welsh College of Music & Drama. He graduated with a Bachelor's degree of Arts in Acting.

As mentioned above, Edward began his acting career in 2013. However, he got recognized in 2014 while appearing as Leontes in the theatre play The Winter’s Tale. The same year, he starred in plays like Mercury Fur, Strange Orchestra, and King Lear.

The following year, he appeared in Longing and Animal. He made television debut in 2016 appearing as Dexter Arnold in the series Holby City. In 2017, he acted in The Crown as Young Man (Barracks).

Edward has appeared in television series like A Discovery of Witches, Sex Education, Killing Eve, Traitors, Trying, Brave New World, Behind the Filter, and others. Similarly, he has starred in movies like Access All Areas, The Commuter, House Finch, and How to Build a Girl.

Within a short period of time, Edward has been able to collect huge fan followers and a high figure of money as well. As of 2020, Edward Bluemel’s net worth is reported to be around $700 thousand, which he collected from his acting career.

Who is Edward’s Girlfriend?

Well, the 5 feet 10 inches tall actor has not discussed much his personal life. While surfing around his Instagram, he has posted numerous pictures with Sophie Meadows, who is now assumed to be his girlfriend, however, Edward has not confirmed her as his partner. 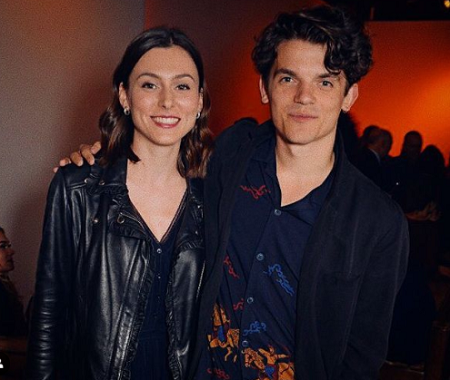 It seems like Edward and Sophie have been together for a long time, as they are time and often seen on his Instagram feeds and stories. He, somehow, flaunts his relationship on social media accounts.