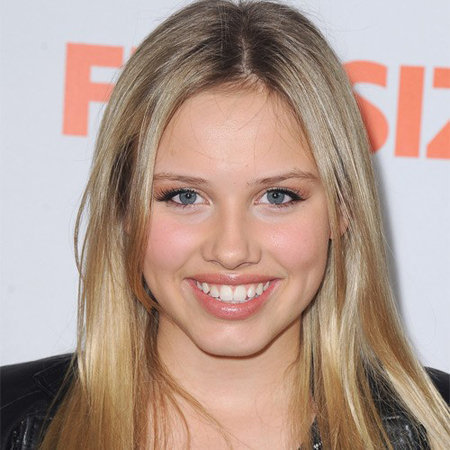 Grace Dzienny is an actress, who has been known best for the portrayal of roles of Amanda McKay on the Nickelodeon show Supah Ninjas as well as for the role of Greer Danville on Chasing Life.

Grace Dzienny was born in West Hills, California on the 26th of August, 1995. Her parents are named Mike and Tara. She grew up in Toledo, Ohio, the USA as the youngest of their three children. 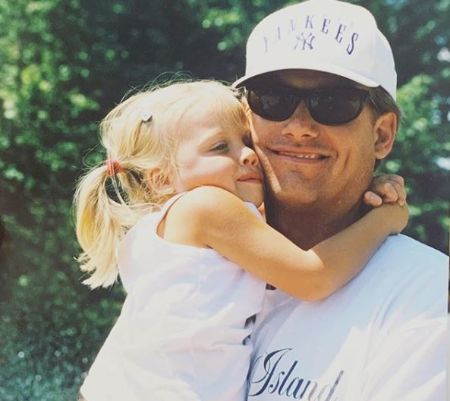 CAPTION: Gracie Dzienny with her father in her childhood days SOURCE: Instagram

She started her modeling endeavors at the mere age of five after she won the contest sponsored by L’Oreal and this led into her career as a successful actress. Just after that, she started taking a class of jazz ballet, tap, and hip-hop dancing. However, her other educational background is yet to be mentioned.

Grace Dzienny started acting during her freshman year in high school. She firstly auditioned for the role of Amanda in Supah Ninjas and was given the role for her skills. She auditioned for half a dozen more times before subsequently getting the role. This role of hers has led her to fame and critical acclaim.

Grace Dzienny started acting in Chasing Life, a drama series of ABC Family on the year 2014. This role came about after the success of her acting portrayal in Supah Ninjas. She has been playing the role of Greer Danville in Chasing Life in a lesbian role.

She has also appeared in other television roles in Up All Night, Side Effects, State of Affairs, Zoo, See Dad Run, Fred: The Show, etc. Her latest appearance is in the movie named Bumblebee where she portrayed the role of Tina. In the movie she has shared the screen with Hailee Steinfeld, John Cena, and Dylan O'Brien.

Grace Dzienny, aged 22, is possibly single as of now. She has not been rumored to be dating nor has she been seen with any actor from the acting fraternity, which leads to this conclusion. She previously dated actor Ryan Pooter, however, they didn't last forever.

Ryan became her boyfriend after they started an affair on the year 2011. The highly-publicized affair went on for about two years before the duo split their ways. She has been single since. She has never been married previously and has no children yet.

Grace Dzienny is surely a hugely talented actress and a well-known one at that too. Her net worth surely must have increased to a very high level in the past years. She certainly has the net worth in the range of thousands of dollars.

Her movie,  Bumblebee has accumulated $468 million in the box office. The production budget of movie was $135 million.

Grace Dzienny body measurements include the fact that her height if 5 feet and 7 inches. She has the weight of 49.4 kilograms and her shoe size is 8 US dollars.