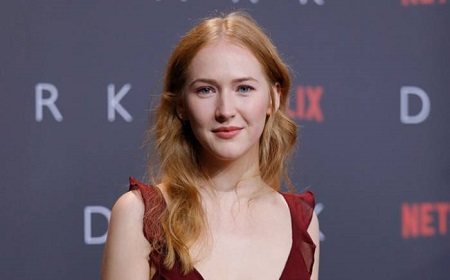 Gina Stiebitz, born Gina Alice Stiebitz is a German actress whose dedication to acting since her teenage saw her progress through theaters to on-screen prominence. The Berlin-based actress sought international recognition for her portrayal of Franziska Doppler in the Netflix show Dark (2017- 20).

With nearly a decade in the industry, Stibitz, currently in her early 20s, records 14 acting credits including notable works in Wie erziehe ich meine Eltern? (2010-11) & Circle of Life (2016). Let's discuss her career journey & relationship; if she is dating?

When Is Gina Stiebitz's Birthday? Age and Height?

At the moment, she has kept details on her family background and parents low-key; has not even featured them on her social media platforms such as Instagram.

Talking about her education, she did her primary education at a local school in her hometown after which she joined Actor Space Berlin Bolouri and trained for a year from 2016 to 2017.

In her early days, Gina Stiebitz worked in a number of stage productions, notably at Friedrichstadt-Palast theatre in Berlin. Some of her stage credits include The Youth of The Bounty ( in 2009), The Snow Queen (in 2009), and Dreams Need A Start (in 2010).

In 2010, at the age of 13, Gina made her on-screen debut in the Benedek Fliegauf movie Womb. Subsquently, she got the role of Konstanze "Konny" Mittenzwey in the TV series Wie erziehe ich meine Eltern? (2010-11, 14 episodes).  After a guest role in the series In aller Freundschaft, she worked in the TV film Unexpected (2014). Following 2 years, she came back on-screen as Lauri Müller in Circle of Life (2016, 9 episodes).

Thanks to her potential in acting, she got the role of Gina in the Netflix series Dark (2017- 2020)- it gained her major traction and is considered her most successful TV project. In the series, she portrayed a young rebel going through a strained relationship with her parents Franziska Doppler. She also appeared in the second and third seasons of Dark.

There she appeared in 17 episodes co-starring Maja Schone, Lisa Vicari, Andreas Pietschmann, Karoline Eichhorn, and others. 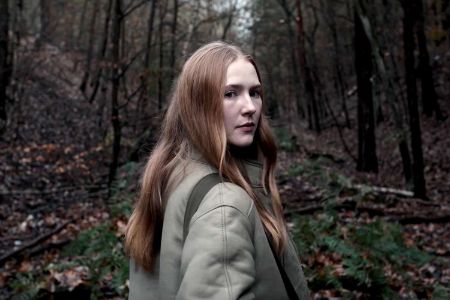 Throughout the late 2010s, Gina guest-starred in TV series such as Alles Klara, Großstadtrevier, In aller Freundschaft - Die jungen Ärzte, Neben der Spur, SOKO 5113 and The Old Fox. In 2020, she made one-episode appernaces in Die Kanzlei, and Die Chefin.

As per IMDB, the German actress is set to appear in the films: The Darker the Lake starring Elyse Levesque & Veronica Ferres and Ich Ich Ich; both are under post-production.

Ever since Stiebitz came into the limelight, the curiosity about her relationship status has increased as well. No doubt, the red-blonde-haired beauty with blue eyes would barely leave anyone with her charm.

On her Instagram account (@gina.stiebitz) with over 531K followers, Gina often shares pictures of her visit to different places, but no posts hint at her love life. At the moment, she is reported to be dating anyone or has any boyfriend so far. 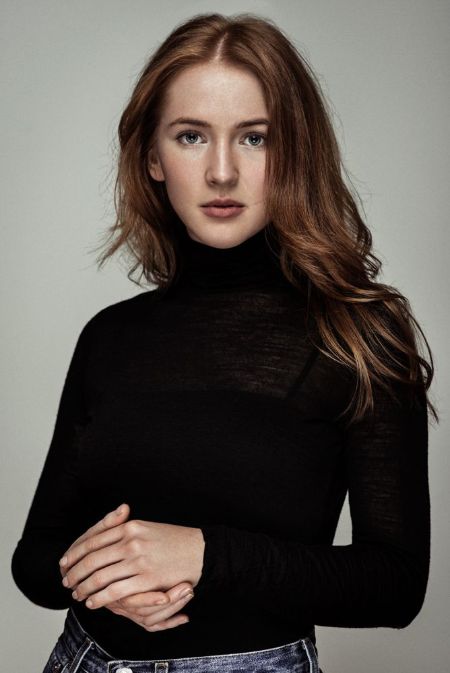 As for now, she doesn't seem to be interested in marriage or has ever talked about it in an interview. She is alleged to be single in 2021.

Professional since 2010, Gina Stiebitz records 14 acting credits already throughout her career span of a decade & other 2 upcoming credits on the line. Having worked in the Netflix series Dark, the German actress possibly earned a salary in the tens of thousand dollars per episode. As of 2021, Stiebitz has a net worth of $100,000.

The acting career is the main source of her income. However, as per calculation from Influencer Marketing Hub, her Instagram has the potential to earn $1,591- $2,652 per sponsored post, if signed an endorsement deal.