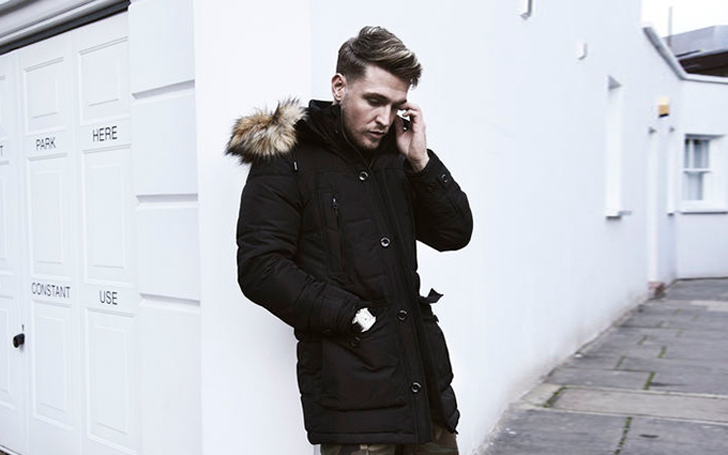 Television personality and glamorous model Katie Price who has been married for three times by now, is pretty much always in the limelight, whether it is due to her glamorous looks or relationships.

Price is the media yet again, and this time, it's her relationship with DJ Tom Zanetti in middle of her ongoing split with husband Kieran Hayler. And now everyone is curious who this DJ Tom Zanetti is, who is he?

Are Tom Zanetti and Katie Price romantically linked for real? Or it is just a rumor. Who is Tom Zanetti? We have all the answers here.

Are Tom Zanetti and Katie Price Dating Each Other?

The speculation of Tom Zanetti and Katie Price's romantic relationship became the news of a media coverage after the DJ and the model were caught hanging out on the sets of the reality TV show My Crazy Life in Miami in May 2017.

However, the pair denied the relationship at the time. A source close to DJ revealed to the Sun that they were linked only professionally:

"The speculation about their romance is just pathetic… Tom's there filming with Katie for her new show - and she's a married woman!"

After the allegation of romance in May, Zanetti, and Price met once again, however, they changed track and had an argument. During the fight, Katie said:

“We meet again since Miami.  Obviously  I know now the track’s not going to go ahead. Yet again my dreams were shattered, ’cause everything I do gets shattered.”

Then Tom fired back:

“You’re just being rude — you’re not being professional. We didn’t need to make this track, we were asked to do it.”

Earlier, in July, Katie Price's husband, Kieran Hayler claimed that Price sent Tom Zanetti some sexy message in which she told him that she will change her surname to his after they “got married and had kids”. However, Tom Zanetti denied it saying:

“Katie and I never exchanged saucy texts, we spoke purely on a business level, but our music didn’t work out and we’ve gone our separate ways.”

Price and Hayler tied the knot on 16 January 2013. They have two children, Jett and Bunny together. Price filed divorce against her husband after he cheated on her with a nanny, Nikki Brown. The businesswoman had also cheated on Price with Jane Pountney and Chrissy Thomas back in 2014.

Stripper Kieran Hayler is Price's third husband. Prior to marrying Hayler, she was married to Peter Andre in 2005 and they got separated in 2009. She then married Alex Reid in 2010 but their marriage was short lived as they got divorced one year later.

Who is Tom Zanetti?

Tom Zanetti is a British musician and model who rose to fame after his signature track, You Want Me was ranked 22 in the UK chart in November 2016. Twenty-nine years old musician started his career at the age of 17. During his early career, he used to perform unpaid.

He was also cast in several reality shows which include The SIC Life With Tom Zanetti, First Dates, and Katie Price: My Crazy Life. Besides, he is also a business man and owns several companies.

Zanetti was once in a relationship with his girlfriend, Lizzie who passed away on August 10, 2010, in a car accident. He became a dad when he was just 16, Tom has a son named Deaconn.