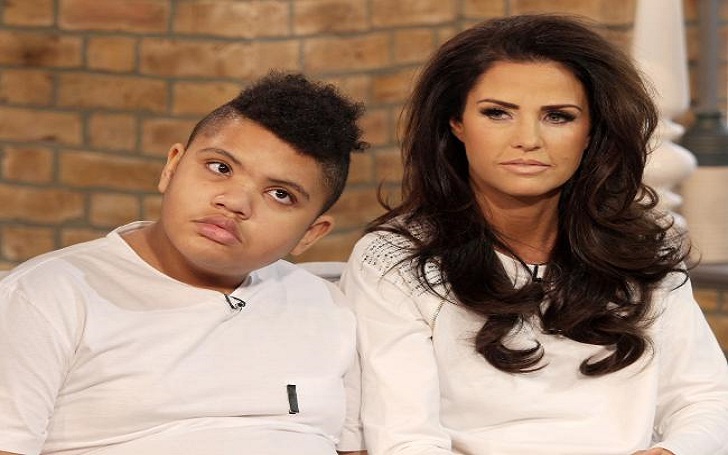 Katie Price is definitely a pro in making controversy and in getting the audience riled up over them.

The British TV personality faced major backlash on Wednesday after making a shocking statement during an episode of “Loose Women”. Price, 39 revealed that she and her husband wanted to hire a prostitute for her disabled son Harvey on his 18th birthday. 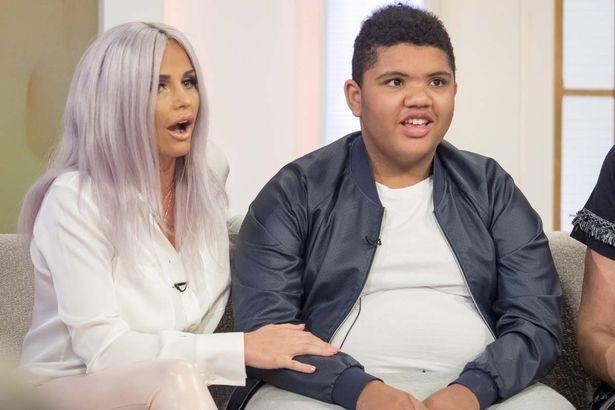 Katie Price with her son on the show 'Loose Women'

The former glamor model said that she was considering the idea, especially after her son hit puberty to help her son progress through the journey of puberty.

Katie said in a statement

My son's 15 and he has autism and he’s going through puberty and its natural to experiment then. My husband has joked that we should get him a prostitute... And I have thought about it, I don’t know what to do, I don’t know if that’s what I want to.

Katie Price and her son Harvey

Harvey, 15, suffers from severe autism, septo-optic dysplasia and Prader-Willi syndrome and Price fears he may never be able to form a real relationship with a woman. However, she also insisted it would not happen until the teenager turns 18.

Price’s comments came during a chat with Kathy Lette - who revealed that she considered hiring a sex worker for her autistic son Julius in order to teach him about romance. And while Jules started talking about his experiences, the show’s sound disappeared and it went off –air.

Viewers of the program were informed there were “technical difficulties” and the show resumed to screens after few minutes of interference.

The internet blew up after hearing the comments passed by Katie on the show. The controversial topic definitely got plenty of viewers debating about the idea all over Twitter on Thursday.

Said it before.
Harvey Price will rape and get Katie Price pregnant one day and she'll sell the story to Hello magazine.

#katieprice does not help herself with her comments on #LooseWomen

Price has yet to respond to all the criticisms over her comments about her son. She is also mother to son Junior, 12, and daughter Princess, 10, with Peter Andre and son Jett, three, and Bunny, two, with Kieran.