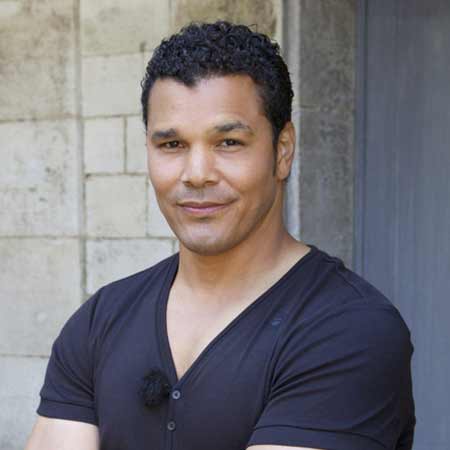 American actor, Geno Segers is popularly known for his role as Chayton Littlestone in the TV series, Banshee. He is also well recognized for his role in the Pair of Kings, and Teen Wolf. In 2015, he worked in his first movie, Bone Tomahawk. He also worked as a host for the show, Fort Boyard: Ultimate Challenge.

As a young boy, Segers played football in his school and college. He helped to win two caps for the United States national rugby league team against Wales national team in 1995.

Segers is in a relationship with his longtime girlfriend, Maria Canapino with whom he has a son.

During his high school and college, he used to be a footballer, track athlete, and wrestler. Segers attended East Forsyth High School and later joined Western Caroline University where he played football. He also played in the American National Rugby League and in 1995 won two caps for the United States national rugby league teams while playing against Wales national rugby league team.

Later, he moved to New Zealand to play for the Richmond Rovers rugby league team.

Geno Segers, initially auditioned for voice ads at the New Zealand radio station after a friend suggested him. His impressive voice helped him to be cast as Mufasa in the Australian production of The Lion King. He then worked in several American as well as Chinese productions.

Segers made his TV debut in 2009 from White Collar. In 2011, he appeared as a host on a CITV game show, Fort Boyard: Ultimate Challenge. He earned much of the fame from his work in the show.

He then worked in several TV series Zeke & Luther, Pair of Kings, Castle Longmire, and Dusk till Dawn. He, however, is popular for his roles in:

In 2015, he made his movie debut from the Western horror film, Bone Tomakaw. He shared the screen with Kurt Russell, Patrick Wilson, and Matthew Fox.  As of 2018, he worked in action comedy film, Game Over, Man! directed by Kyle Newacheck.

Geno Segers has an estimated net worth of six digit figure as per some sources, however, the amount is still under review.

As per some online sources, a TV star on average earns between $150k-$1 million. He has appeared in around dozens of TV shows so far making a good sum.

Geno Segers is unmarried. Segers is in a relationship with his longtime girlfriend, Maria Canapino since 2011. The couple also shares a son, Geno Segers III together. It was rumored that the couple has already married, however, they have not revealed anything regarding their marriage.

CAPTION: Segers with his girlfriend and son. SOURCE: Zimbio

The couple rarely appears together in public.

Besides, he has a foundation, Hold It On The Road from where he did several motivational speaking encouraging the youth to make good life decisions.

Here is the video, where Geno Segers and Ulrich Thomsen talks about the TV series, Banshee: