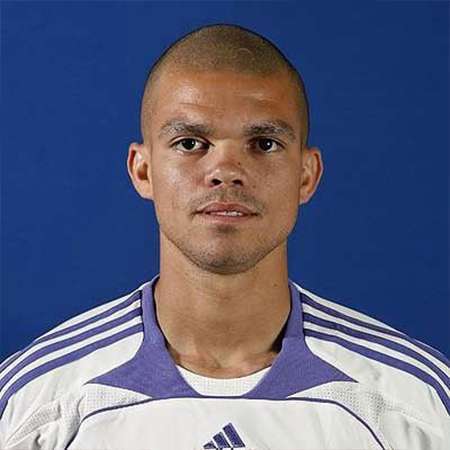 Kepler Laveran Lima Ferreira is a professional Portuguese footballer. He is commonly known among his fans as Pepe. He was born in 26th February in the year of 1983.He was born in Macelo of Alagoas. His Current Team is Real Madrid and he plays in La Liga. Apart from his appearances in the club he is also a regular player from Portuguese National Team and he generally governs the field as a Central Defender. He is seen in the ground with Jersey No.3.In his professional career he has played for Maritimo, Real Madrid and Porto. Although he was born in Brazil he represented later Portugal in all international level matches.

He was just 18 when he made his first contract with C.S Maritimo .He spent most of the seasonal game with B-team.Later in 2002-2003 he was promoted to the main squad.He was very hardworking player and was regular player already.Later Pepe was allowed for some training with Sporting Club but later the deal was broken and he had to return and join Maritimo and help it qualify to the UEFA Cup.Again in 2004 he signed with F.C Porto for about a million Euros .Although pepe had to start as a backup player in the first season with Porto ,later he established himself as one of the promising player in the defense power.During 2006 he a s sisted his team to win leagues during 2006 Portuguese Cup.After he played few years for Porto, he signed Real Madrid to a 5 years contract and he was paid around 30 million Euros for  it. He had to go through series of injuries during 2008-2009.He has records of being quite aggressive in the ground in his early days and has undergone some games banned due to his aggressive behavior.

After being banned for few games he started controlling his attitude and later after that he mad ehis first goal in league in 2009 against Seville FC. After 2011 when Pepe was at Real Madrid he was again sent off for some controversial challenge. Again in 2012 he was suspended for two games for using abusive words to the referee.

There is not much information about his marriage .It is pretty sure that he is already married but there is no any solid reason if he is still in relation with the wife .He is one of the most attractive football personality of Portugal after Ronaldo. But still his affairs and relationships gossips are not as much as hot issues as his football games are. He is mostly captured playing training sessions for his team in the ground. His height is 1.88 m and his Weight is 68 kg.HIs images can be downloaded from internet.

One of his best performances were seen in 2012 UEFA cup where he happen to be in the ideal team of UEFA. He has appeared in around 402 games and scored around 21 goals. He earns around 3.8 million EUR annually.