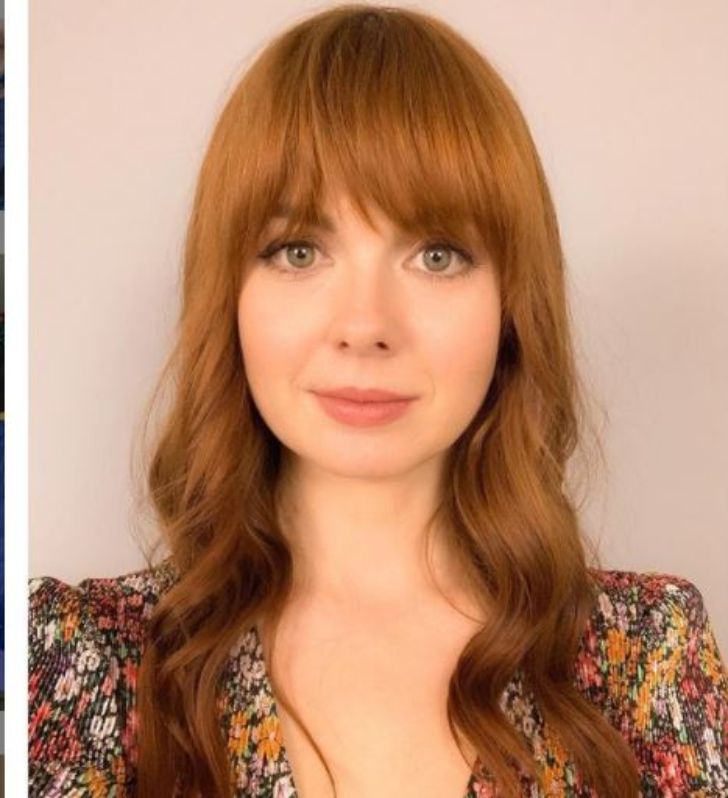 Model turned actress, Galadriel Stineman is an undeniable talent in Hollywood. She is best known for her role Gwen Tennyson in Ben 10: Alien Swarm and as Ca s sidy Finch in The Middle. She is active in the film industry since 2009 and appeared in a number of TV series and movies. Her notable screen credit includes True Blood, Shameless, Glee, and Bone among others. She is also widely recognized as a public speaker.

Galadriel Stineman was born Margaret Elizabeth Galadriel Stineman on October 20, 1990, in Cincinnati, Ohio, the United States. Her name came from the novel The Lord of the Rings' character Galadriel; which her mother read at the time of pregnancy.

The Northern Kentucky-raised in the only child of her parents- her father was a tennis player while mother served as a nurse. She is an American by nationality and belongs to white ethnic background.

Stineman attended  Newport Central Catholic High School, in Newport, Kentucky. She was active in dancing and horse riding during her school days and even participated in the drama club but she never played a starring role in any plays.

Stineman then joined Northern Kentucky University where she was the president of Delta Zeta sorority and vice president of student government. She was also named "Outstanding Senior of the Year". During her time at NKU, she started recognizing her interest in acting and signed with a couple of local talent agencies.  In 2007, she graduated magna c u m laude from the College of Informatics.

Acting Career Fame With 'The Middle'

Soon after her graduation, Galadriel Stineman moved to Los Angeles to give wings to her acting career. After several struggles and auditions, her hard work paid off, landing a role in the American musical drama film, Fame in 2009.

The same year, she got her breakthrough role, signed by  Alex Winter's science fiction live-action film, Ben 10: Alien Swarm. She played the role of Gwen Tennyson who is skilled with her innate magical powers.

In 2010, Stineman played  Audra in Junkyard Dog. From 2011 to 2017, she portrayed the recurring cast Ca s sidy Finch/Lucy Howard. in the ABC sitcom, The Middle (14 episodes), where Patricia Heaton, Neil Flynn, Eden Sher, Charlie McDermott, and Atticus Shaffer were the main casts.

Throughout the 2010s, she guest-starred in numerous TV series including Glee, True Blood, Bones, Good Luck Charlie, Shameless, NCIS: Los Angeles, Law & Order True Crime, and 9-1-1. Moreover, the American actress worked in the films The Party Is Over (2015), A Moving Romance (2017), and Blowing Up Right Now (2019).

Her most recent TV appearance was in 2020 projects: From Your Heart (TV Movie) and yA (TV series).

Galadriel Stineman's Net Worth And Earnings

Galadriel Stineman is one of the talented actresses in Hollywood who gained ma s sive popularity in a short span of her career. She earned between $150k-$300k from her appearances in movies and TV shows. She also made a good sum from brand endorsements. As of 2021, Stineman has an estimated net worth of $800K.

In the year 2009, the actress was a cast in the movie Fame which was tried out to be commercially successful grossing over $77 million worldwide against its producing cost of $18 million. In the movie, she shared the screen alongside Collins Pennie, Kelsey Grammer, Charles S. Dutton, and Megan Mullally.

The actress has also been running her self-titled YouTube channel. It was created on September 2, 2013, and has more than 2.12K subscribers.

Galadriel Stineman Is Married- Name of Husband? Any Children?

They exchanged vows in an intimate ceremony in the presence of their close ones and family members. However, their wedding date or further details on their marriage is yet to be out. Moreover, they are low-key about when and how their relationship began.

On an Instagram post of May 23, 2020, Galadriel shared a throwback pic of the duo celebrating 9-year anniversary, suggesting they were dating since or even earlier than 2013.

The couple is proud parents of two children, both sons. In May 2016, Stineman announced she was expecting her second son and gave birth, the same year. The actress currently resides in Los Angeles along with her husband and kids.

In her spare time, the American actress who likes to explore new places goes on vacations with her family. She loves camping and hiking. She is a book lover and has admiration for gardening.

Age Height, And Other Facts