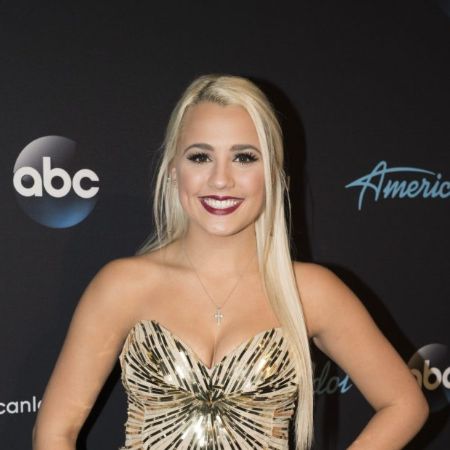 American singer Gabby Barrett came to limelight after participating in the 16th season of American Idol, where she came third. Before American Idol, Barrett won Kean Quest Talent Search when she was only 14. She is also famous for her albums, Fireflies, I Hope, and The Good Ones.

Born and Raised in Munhall

Gabby Barrett was born one of eight children of Blaise Barrett and Pam Barrett. She was born on 5th March 2000 in Munhall, Pennsylvania, United States. Barrett is White American as per her ethnicity and holds American nationality.

Gabby Barrett went to Serra Catholic High School in McKeesport and later transferred to Pennsylvania Cyber Charter School. She was 14 when she started singing with an all-black choir following which she learned singing at the Lamb of God Christian Ministries, Homestead.

Barrett is married to fellow American Idol contestant Cade Foehner. The couple met during their participation in the ABC musical reality show in 2018, and they quickly hit it off. 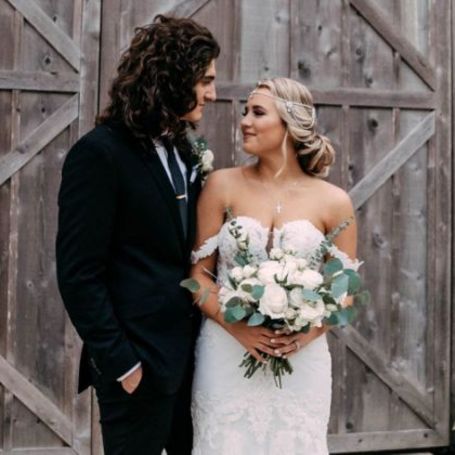 Gabby Barrett and her husband Cade Foehner on her wedding day. SOURCE: People

The couple dated for a year and got engaged on 22nd March 2019 in the same hotel where they met for the first time. After a couple of months, the couple walked on the aisle on 5th October 2019 in Garrison, Texas.

Gabby Barrett was interested in singing from early childhood days and had started singing pretty early. She rose to limelight after she participated in American Idol season 16 that was aired on 11 March 2018. The show was hosted by Ryan Seacrest, where singers Katy Perry, Luke Bryan, and Lionel Richie were the judges.

She did pretty well in the show where she reached up to the finale and finished as second runner-up behind winner Maddie Poppe and first runner-up Caleb Lee Hitchinson. 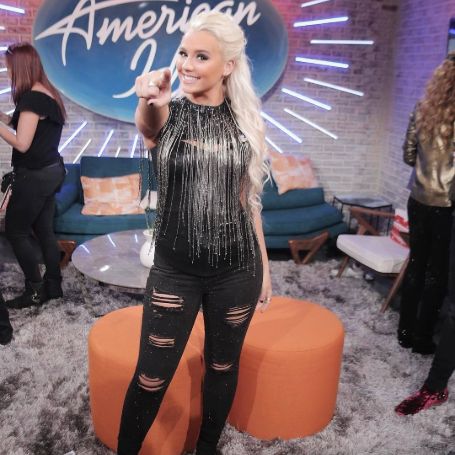 Gabby Barrett on the backstage of American Idol SOURCE: Getty

After that, she collaborated with songwriter and producer Aleen Foster and released her debut album Fireflies. In 2019, Barrett released two independent singles, I Hope and The Good Ones.

She has also performed on various events in her short singing career. Gabby became an opening singer for the concert of Toby Keith Covel in Ohio. Later, she performed at a Pittsburgh Pirates game and sang the national anthem for the Pittsburg Steelers.

The 19-year-old singer has just started her career as a singer. She has gathered $ 500,000 net worth from her career so far. On the other hand, her husband, Cade Foehner, has $1 million of net worth.

Barrett has acc u mulated a significant part of her net worth in recent years after her appearance in the American Idol. She might have earned a handsome sum of money from American Idol, however, the exact amount is not revealed.

Meanwhile, her song I Hope sold 67,000 copies across the United States while another song The Good Ones did well selling 19,000 copies. So she is believed to have earned hundreds of thousands of dollars from her recent singles and albums.

Gabby Barrett can also earn from her social media. She has more than 496k followers on her Instagram, and she is believed to make around $50 to $100 per post on her Instagram.