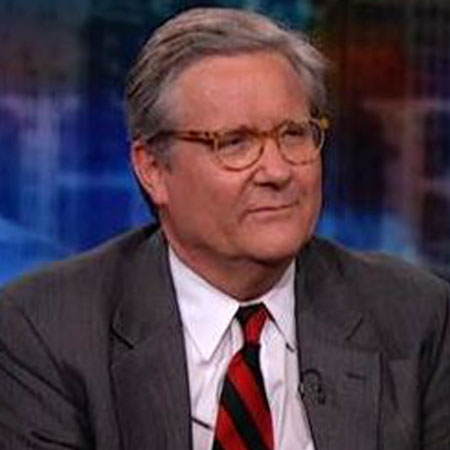 Fred Barnes an American political commentator. He is executive editor of The Weekly Standard, which he co-founded in 1995. He was also senior editor and White House correspondent for the New Republic from 1985 to 1995. He made a remarkable appearance on Fox News Channel show titled Special Report with Bret Baier.

Fred Barnes was born on February 1, 1943, in Virginia, United States of America. He holds an American nationality. Ethnicity wise, he is from a white background.

Fred was born as a son of Air Force Officer. Fred graduated from St. Stephens School in 1960. After completing his school education, Fred spent two years in the U.S. Army. Fred then moved to the University of Virginia to study history.

Fred Barnes began his journalism career in The Charleston News and Courier where he worked as a journalist for several years. In 1979, he worked as a reporter for the Washington Star. At that time, he covered major news and latest stories of Supreme Court and White House.

After having enough experience of journalism field, he worked as the national political reporter at the Baltimore Sun. Fred also served as senior editor and White House correspondent for The New Republic from 1985 to 1995.

Apart from being a journalist, Fred Barnes also wrote the Presswatch media column for the American Spectator. He was then appointed as a panelist at The McLaughlin Group, a public affairs show. In that show, he held the responsibility for one decade from 1988 to 1998.

In addition to his professional work, Fred Barnes has also made his cameo appearances in films like Dave, Getting Away with murder and Independence Day. He was able to obtain the attention of people when he wrote the favorable biography of the former President of U.S, George W. Bush. He took the title of that biography, Rebel in Chief.

During the time of 2008 election, Fred Barnes was an only political pundit who predicted the victory of John McCain for the position of United States president.

Fred Barnes is a married person. He was married to Barbara Barnes. Besides the name of his wife, he has not shared any others related information about his personal life.

Fred wants to keep secret his personal life even his fans and followers have inquisitiveness of his personal life. He is a best friend with Brit Hume who is an American television journalist and political commentator.

Information regarding Fred Barnes’s exact net worth and salary are yet to be revealed in media. He stands at the height of 5 feet 11 inches.