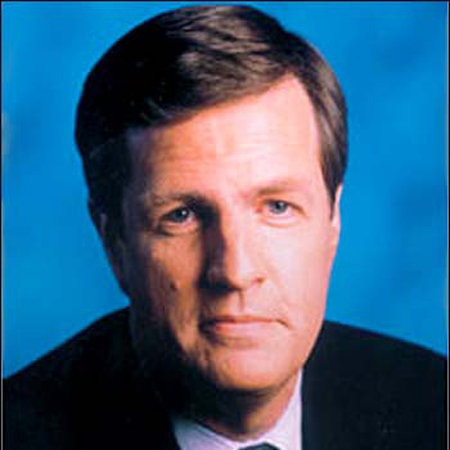 With the extension of knowledge in the field of media, Brit Hume has forged a successful media career. The renowned journalist spent most of his career working with ABC  News. At that time, he also worked for World News Tonight with Peter Jennings as well as This Week. He also worked for the Fox News Channel for a long time.

Brit Hume was born Alexander Britton Hume on June 22, 1943. He was born and raised in Washington, D.C by his mother Virginia Powell Hume, and his father George Graham Hume. Brit Hume’s religion and religious background are the Episcopal Church (United States). The anchor belongs to American nationality and his ethnicity is White.

Brit Hume attended St. Albans School in Washington D.C. Brit Hume has passed his Bachelor in Arts and English from the University of Virginia in Charlottesville, Virginia in 1965. After his bachelor's, Brit Hume has worked in many newspaper companies like The Hartford Times, Baltimore Evening Sun, and United Press International newspaper.

In 1973, Brit Hume started working as a consultant and in 1976, he became a correspondent. From then on, his career as a journalist continued to grow. Hume had a 23-year carrier with ABC News, where he contributed to World News Tonight with Peter Jennings, Nightline, and This Week. He served as ABC’s chief White House correspondent from 1989 through 1996. He also worked with Peter Jennings.

Hume then spent 12 years as the Washington D.C. managing editor of the Fox News Channel and the anchor of Special Report with Brit Hume. He has been working as the senior political analyst for Fox News since 2008, and a regular public-affairs panelist for the television program Fox News Sunday.

Brit Hume has been a very humble person with a great attitude and vision in his life, working throughout his carrier as a hardworking journalist and one of the most reliable and truthful media persons.

Brit Hume's Net Worth, Salary, And Source Of Income

Brit Hume has forged a successful media career with a wide experience. The popular media personality Hume has also collected a large amount of net worth which as per celebrity net worth is around $14 million. He spent most of his career with ABC News where he was paid over $155K a year.

In October 2018, Hume sold his Country home for $1.35 million. The 72-acre property is nestled in Marshall District and has a stable, a barn, other outbuildings, a pool, and a spa.

Having been married two times to date, Brit Hume's first relationship was with Clare Jacobs Stoner. The two later got divorced despite having a son named Sandy Hume. The same Sandy Hume who used to work as the managing editor of Fox News Channel, until committing suicide in February 1998.

His second relationship was with Kim Schiller and after they got married, is together till now. He and his wife have 3 children: Louis Hume, Virginia Hume, and Alexander Hume who are doing well in their careers. The couple has been together and still sharing a strong bond of love.

Once there was a rumor about Brit Hume having an alleged affair with Megan Kelly, she was most probably one of the hot journalists on television with an amazing and sexy body, but she seems to be a short-term girlfriend and the relationship didn’t last long.