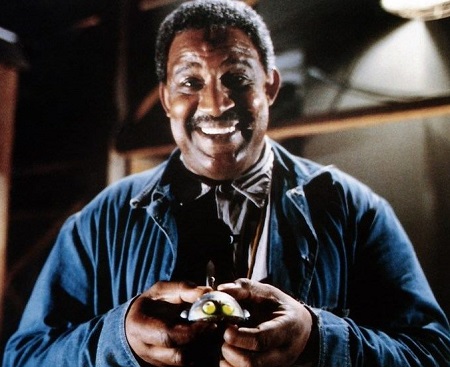 With a towering height of 6 ft. 6 inches and well-built physique, Frank McRae landed many solid performances in numerous movies. The American actor grabbed attention after his role in the 1979 film Rocky II. He is also well-known for his work in Loaded Weapon 1, Last Action Hero, The 500 Foot Sister, and more.

Frank McRae was born on March 18, 1944, in Memphis, Tennessee, United States of America. As far as his nationality is concerned, Frank is American and belongs to Afro-American ethnicity.

McRae schooled somewhere in his hometown, Memphis. He later enrolled at the Tennesee State University and graduated with a double major in drama and history. At that time, McRae briefly played football during his college days and later in NFL as well. With a tall height, he was an accomplished defensive tackle for the Chicago team. He played six games for the team in the 1967 NFL season.

After a short-lived career in football, Frank McRae made his transition into acting; making his debut from a movie Cool Breeze in 1972. The following year, he went on to appear in Shaft in Africa and Dillinger. Subsequently, the actor was featured in many movies like Walking Tall Part 2, Pipe Dream, and F.I.S.T.

The actor rose to stardom after playing a part in the 1979 movie Rocky II. The film starred Sylvester Stallone, Talia Shire, Burt Young, and Carl Weathers. The same year, Frak went on to appear in another hit movie 1941. 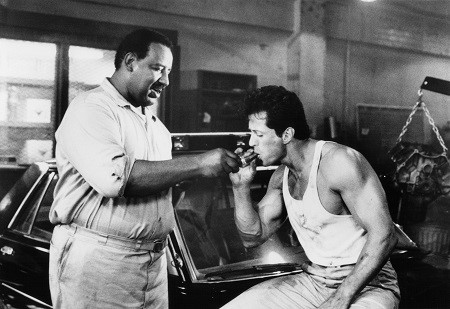 Frank McRae has collected a good amount of money from his work in many hit movies. According to some sources, the actor has an estimated net worth of around $1 million, as of 2019. Frank has worked in a number of commercially successful movies.

In 1979, McRae was a cast in the movie Rocky II, which turned out to be the biggest hit at the box office; racking up over $200 million against its $7 million budget. The same year, he played a role in another movie in 1941, which grossed $94.9 million worldwide.

Despite his decades-long acting career, Frank McRae has not revealed anything about his love life and relationship. It is still mysterious whether the actor is married or not.

McRae is not active on social platforms as well, which is why it becomes much hard to trace his personal life.