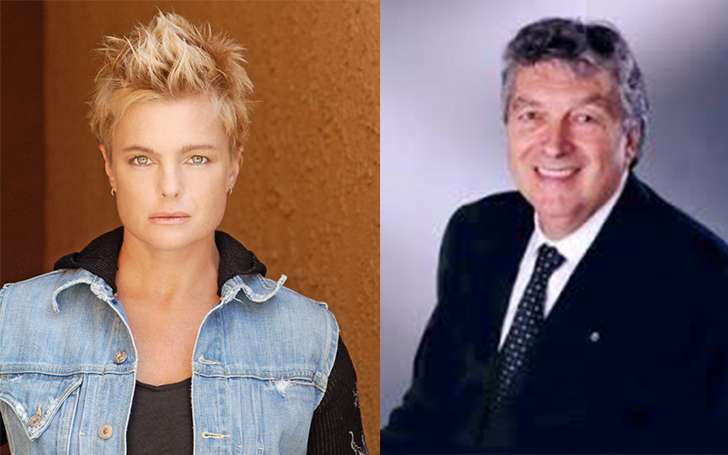 The Baywatch star Erika Eleniak is currently single after two unsuccessful marriages. Recently she was spotted with a new look at the Baywatch event in LA in April along with other stars of  Baywatch series such as; Donna D'Errico, Kelly Packard, Jaason Simmons, Zac Efron, Kelly Rohrbach and Nancy Valen.

The much-hyped movie Baywatch based on the 90s sitcom of the same name didn't receive critical accolades but the reunion in April did make fans throughout the globe happy! Let's talk about Erika Eleniak in the reunion event, also let's talk on some of her personal details!

Erika Eleniak Appears With a New Look for The Reunion of Baywatch!

The Playmate Erika Eleniak who is known for her blonde long locks sported a short hairdo in the reunion/screening event. The new look looked great on the Miss July 1989. Before joining the cast of Baywatch Eleniak worked on movies like E.T. Extra-Terrestrial in 1982 followed by the movie The Blob 1988, a horror remake.

Also Read: Zac Efron talks about the possible reunion with his ex-girlfriend

It was only in 1990 that Eleniak joined the cast of Baywatch in which she played the character of Shauni McClain. The former Playboy Playmate isn't as active as she was in the 80s and the 90s, but she still has the same charm!

Must Read: Zac Efron talks about him maintaining his body

Everyone seems happy with Baywatch's remake. It's a shame that the movie didn't do well with the critics. However, in Dwayne Johnson, The Rock's words '' “Fans LOVE the movie. Critics HATE it.''

Donna D'Errico, one of the biggest pinups also came in for the event. Along came Jason Simmons who kissed her.

The vets Kelly Packard and Nancy Valen also stopped by for the event. How can Zac Efron and Kelly Rohrbach miss the event, so they were there of course! Among all, Donna was the show stealer.It has been 20 years that she has left TV series after she married and divorced with Nikki Six.

But  Donna D'Errico is not the only one who has been married and divorced. Erika Eleniak has been through the same phase. Let's talk about that now!

Erika Eleniak was first married on 1998 to Philip Goglia, a personal trainer. But the relationship did not go longer than a year. So, the couple decided to call it quits on 1999. Eleniak did not give up on love and got married once again!

Eleniak dated Roch Daigle for a few years before getting married in 2005 and becoming Mrs. Diagle. Wouldn't it have been perfect if this had ended in happily ever after? Well, it didn't.

This marriage also didn't work well for Erika. However, she never got the chance to be a mother with any of the relationships!

For updates on Erika Eleniak and fresh celebrity gossip, keep coming back to Article Bio. We love you here!