Former Member Of Fugues, Lauryn Hill, Has She Accumulated More Net Worth From Her Solo Career? 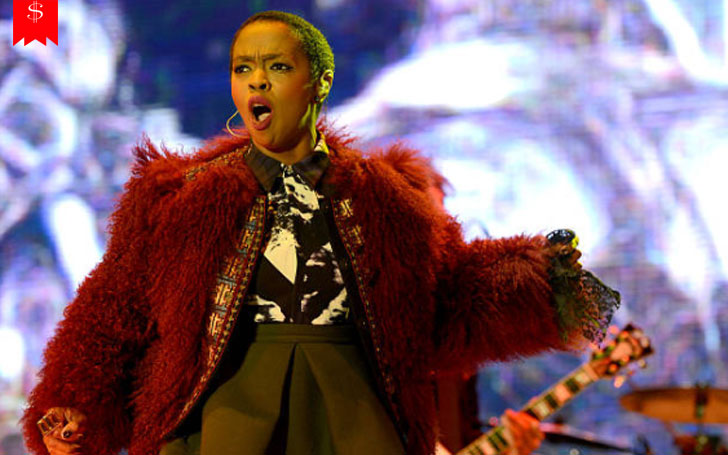 The 1990s hip-hop group Fugees earned massive fan following and even after the split, the band members Lauryn Hill, Pras and Wyclef Jean are still in the spotlight, busy in their solo career.

Hill who rose to fame from the band has been successful to lift her solo career in the musical industry. How much has the musician who is also an actress accumulated from her career?  What is her net worth? We have all details regarding her net worth, lifestyle, and assets here.

How Much is Lauryn Hill's Net Worth? What are her Sources of Income?

The 42-year-old rapper has earned most part of her net worth from her successful musical career and also from her acting career.

Though Fugees' first album Blunted on Reality was sold poorly, their second album, The Score was a huge hit as they were successful to sell more than six million copies in America and over 17 million copies worldwide.

Hill also earned huge part of her net worth from her solo musical career which she started from 1997. Some of her popular singles are Doo Wop (That Thing), Ex-Factor, The Passion, Everything Is Everything among others.

In 2004, Hill also sold pay-per-view music video for a song Social Drugs and also her autographed posters and Polaroids via her website and as per source the video which cost $15 can be viewed for three times.

Her upcoming concerts in 2018 are going to be held at Sing Jazz Festival in Singapore with ticket price range  $108 to $328, Bluesfest Byron Bay in Australia with tickets priced $174, Kaya Fest in San Bernardino with tickets ranged from $65 to $299.

Hill also sells her merchandise during her concerts. Her merchandise T-shirts are also available in online shopping with starting price of $2.88.

Furthermore, she also appeared in several movies and television series such as As the World Turns, Here and Now, King of the Hill and much more. Her movie Sister Act 2: Back in the Habit made $57.3 million at the Box office.

Hill has been achieved several awards and achievements throughout her over two decades of career. She has altogether won 49 awards and received 78 awards nominations.

In addition to the list, she also has four NAACP Image Awards, Blockbuster Award, three World Music Awards and two Billboard Music Awards to her name.

Back in June 2013, Hill was kicked out by her landlords in New Jersey mansion as they sued the singer and rapper for eviction claiming she didn't pay rent. According to TMZ, the case was later settled after Hill agreed to pay the outstanding $7,000 in rent and she also decided to move out of the mansion.

Like every other Hollywood celebrity, Hill also is living a lavish lifestyle. She loves attending several red carpet events and parties.

Back in 1998, a musical group called New Ark filed a lawsuit along with her management and her record label for not giving them proper credit for their help to create some of her biggest hits. Hill, however, claimed the group took advantage of her success.

The case was settled in February  2001 after the singer agreed to pay $5 million to the group as a settlement.

"This is not someone who stands before the court penniless. This is a criminal matter. Actions speak louder than words, and there has been no effort here to pay these taxes."

Despite all her controversies and legal issues, Hill has been loved by her fans due to her generosity. She has been engaged in a number of charities.

She founded the Refugee Project in 1996. The organization conducted several programs supported risk youth in urban areas. Several other celebrities including Mariah Carey, Spike Lee and Sean Combs also helped her in the project.

In 2016, she was also involved in TIDAL concert alongside Beyoncé, Nicki Minaj, and Lil Yachty. The earning from the concert was donated nonprofit organization, Robin Hood Foundation.

Furthermore, Hill teamed up with Nas in PowerNomics tour in 2017. Reportedly, they donated the earning to 44 organizations including The Harvest Institute, Equal Justice Initiative, the International Peace Initiative and Yes We Code.