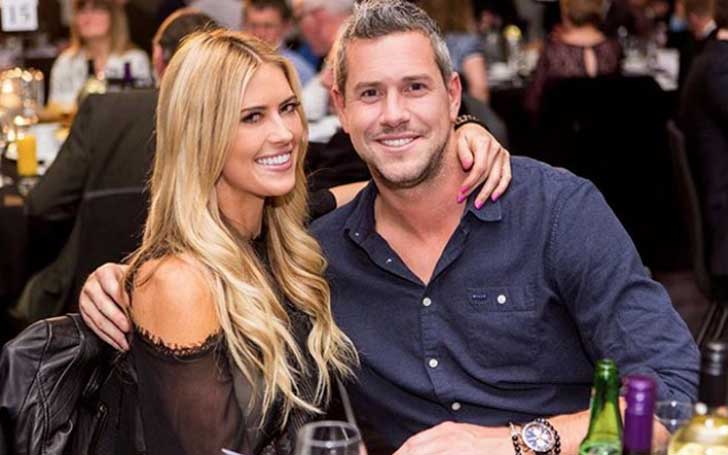 The former HGTV star Anstead, 35, is expecting her third child, first with her husband Ant Anstead. Anstead took to her Instagram on Friday, 22nd March to announce the upcoming arrival of the newest addition of the Anstead family.

"@ant_anstead and I are so excited to announce #babyanstead coming this September!!," wrote Anstead in the caption of her photo that showed her holding out an ultrasound photo while hugging her husband.

@ant_anstead and I are so excited to announce #babyanstead coming this September!! The kids are all so excited to meet their new sibling ♥? #5 #Gonnaneedabiggercar!

The newlywed couple has been inseparable since their first meet back in November 2017. The couple tied the knot at a surprise wedding ceremony in Newport Beach, California on December 22, 2018.

Before their wedding news made the headlines, the Anstead duo was speculated to be dating after they were spotted spending quality times together in London.

Meanwhile, the father-to-be also took to his Instagram announcing the news alongside a snapshot collage of their kids and an ultrasound photo in the center. He wrote, "And then ... there were FIVE!!!" alongside the photo. He further wrote "Well...four and a half! Will be Five in September!!"

Before Christina Anstead started dating Ant Anstead, she dated Orange County businessman Doug Spedding. Their relationship took the media attention after they were spotted walking hand-in-hand in August 2017. Later, she made the relationship official after she kissed him at her 34th birthday.

Before, Christina was married to reality star Tarek El Moussa. The couple who got married in 2009 split in May 2016 and finalized their divorce in January 2018. The former husband-and-wife gave birth to two children; daughter Taylor Reese El Moussa, 8 and son Brayden James El Moussa, 3 together.