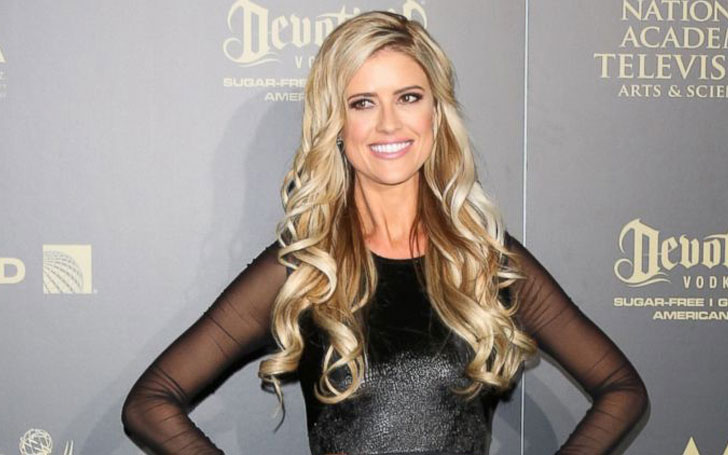 Christina El Moussa is off the market!!!

The 34-year-old Flip or Flop star Christina was spotted hanging out with her new boyfriend, Ant Anstead in London.

The reality star shared a new snap of the pair on her Instagram on Wednesday where they have posed in front of his orange and silver race car.

Anstead, who currently works as the mechanic on the Discovery U.K. series, Wheelers, and Dealers, also posted the picture on his Instagram with a caption, "a tour of my world.''

The couple announced their relationship back in January 2018, shortly after a source close to the couple revealed to People that they had been dating for a while.

Within moments of landing in the U.K. I couldn’t help it..... we grabbed the G40 and gave @christinaelmoussa a tour of my world.... where I grew up, my school, my town, racecar style.... but what car tomorrow  #HMF

The realtor and interior decorator Christina El Moussa announced her split from her husband of seven years and HGTV costar, Tarek El Moussa in December 2016. Their divorce was finalized in January 2018.