Find out how did Modern Family's actress Sofia Vergara celebrate her 44th birthday! 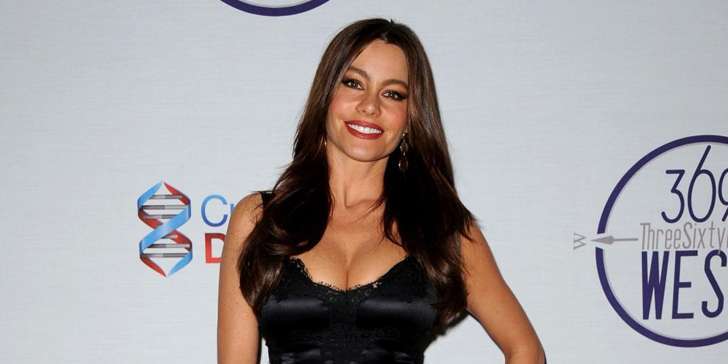 Modern Family's actress Sofia Margarita Vergara who was born on July 10, 1972,  celebrated her 44th birthday with a lemonade themed dinner party. Even though the four-time Golden Globe nominee thought that she was not going to be in the town for her party, she eventually celebrated successfully.

This was the reason why the party was not too wild and loud. She threw a lemon themed party with an adorable citrus soiree for her close friends and family.

Sofia Shared Some Pictures of Them Having Fun

Sofia shared some pictures of herself with her 23-year-old son, Manolo Vergara, along with her recently married husband Joe Manganiello, an actor. Manolo also shared some photos of himself wearing the lemon costume in which he looked pretty good. Manolo Gonzalez also joked around with his mother about her age in an Instagram video on her big day.

The Birthday was Celebrated in Los Angeles with Lots of Lemons

While Vergara's eight months husband Joe Manganiello gives a thumbs up and tells "I can't believe you're turning 44"; her son told "Happy birthday Mom". You may be interested to know Sofia Vergara's five facts here we have.

At this moment, Joe was chowing down on some treats from a food table. She celebrated her birthday in Los Angeles where there was a limoncello bar, lemon flavored vodka and a whole lot of lemon in the table and Snapchat filter.

Her clothing was as usual 32ddd assets tiny waist in a sheer black lace two-piece which was selected by two stylists Jill Lincon and Jordon Johnson.

The birthday girl showed off her curves and danced with her heels. Manolo is Vergara’s first son with her first husband Joe Gonzalez with whom she started dating since their high school, married in 1991, and divorced in 1993 after giving birth to Manolo.

Rumor was heard that Vergara and her boyfriend Nicholas M. Loeb were engaged but after two years the marriage was called off. Her career began at the age of 17 with her first appearance in a Pepsi commercial.

While she is currently starring on the ABC sitcom Modern Family as Gloria Delgado-Pritchett, she is getting a salary of $190 thousand per episode and has a net worth of $120 million.