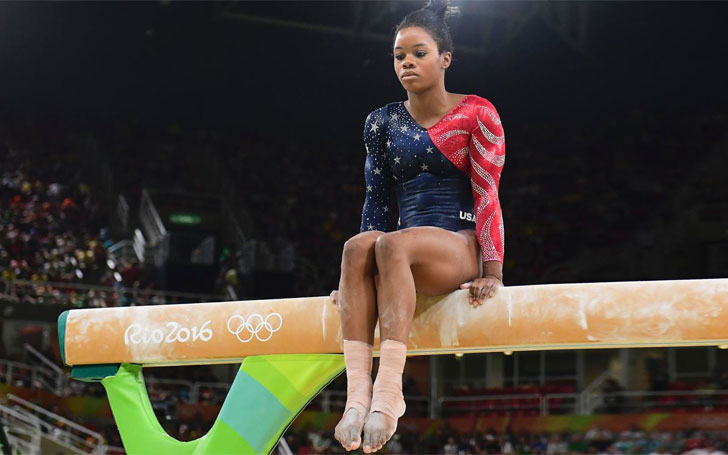 Gabby Douglas is an Olympic gymnast best known as the first African-American to win the individual all-around event.  She achieved a number of gold medals for the U.S. in the team competitions during the 2012 and 2016 Summer Olympics with Simone Biles.

Today we’ll let you know about 21-year-old gold medalist, Gabby Douglas’ love affairs. Is she still single or secretly has a boyfriend? Let's find out!

Who Is Gabby Douglas Dating

Whether you are a true fan of the exhilarating sport of gymnastics or not, know who Gabby Douglas is. Gabby, who goes by nickname “Flying Squirrel” owns an apartment in Los Angeles, California and she is just 21! But is she like regular 21 year-olds, does she have a boyfriend?

As it turns out Douglas is actually single. A life of a gymnast is so much pressure on its own! Who needs a relationship, right?

until next time nyc xx

Douglas added to her success in the 2016 Summer Olympics at Rio De Genero. That news is quite stale, but what's new is her reality TV show Douglas Family Gold!   Here's a clip:

With those 4 to 6-hour training sessions six days a week, Gabby doesn’t have time for a boyfriend.  Douglas touched on the topic of dating on her reality series, she said:

“No I don’t have a boyfriend, I don’t have time. All of my attention and focus was spent in the gym, training…”

It is quite understandable!

What is Gabby Douglas Doing These Days!

Gabby Douglas is now busy on “Douglas Family Gold”  whose fanbase is growing rapidly, the show chronicles the lives of Gabby and her family. The show debuted on May 25, 2016, offering a glimpse into the life of an Olympic gymnast.

On 3rd episode of the show, Gabby’ sister, Arielle Hawkins, shares her opinion regarding Gabby’s relationship status. Arielle admits that while Gabby “needs a companion”… a “boyfriend takes too much work.” Gabby then humorously butts in:

While Douglas' Social media feed is devoid of romance, after the 3rd episode of the show, fans are begging to marry Gabb Douglas.

Gaby Douglas is most probably not getting married to one of her Twitter followers, but it's fun nonetheless to scroll through crazy fans on Twitter, for her too, we hope!

For more celebrity gossips, keep coming back to Article Bio.