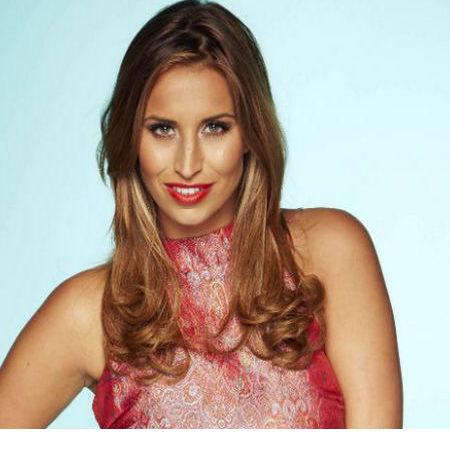 Ferne McCann is a popular English television personality and presenter. She has admired for her participation in the reality television series The Only Way Is Essex. Moreover, she is also highly notable for her modeling work as well as for her ‘Fashionable Foodie’ blog.

Ferne McCann was born as Ferne Alice McCann on August 6, 1990, in Essex, England. Regarding nationality, she is English and she belongs to belongs to Caucasian ethnicity. Her zodiac sign is Leo. She was born to Gilly McCann. She grew up along with her siblings in her birthplace.

Prior to her television career, McCann won the title of Miss Essex 2012 and worked as a London-based hairstylist. She also ranked in the Top 15 in Miss England in 2012.

In 2013, McCann made her debut on the ITV2 reality show, The Only Way is Essex in the ninth series. She participated alongside with her ex-boyfriend Charlie Sims, and Abi Clarke, Billie Faiers, Carol Wright, Charlie King, Debbie Douglas. She quitted the show in 2016 and made her last appearance in the seventeenth series.

In late 2015, McCann made her participation in the fifteenth series of I’m a Celebrity…Get Me Out of Here!. She shared her role alongside with Vicky Pattison and Spencer Matthews.

In 2016, McCann became a showbiz reporter for ITV daytime program, This Morning. From May 2016, she started making the regular appearance on the chat show Up Late with Rylan, it was broadcasted on Channel 5 and hosted by Rylan Clark-Neal.

In Feb 2017, she started appearing in Celebs Go Dating on E4 along with the ‘The Only Way Is Essex co-star Joey Essex and I’m a Celebrity camp mate Jorgie Porter.

McCann is not a married woman. But she was involved in an affair with Charlie Sims, who cast along with her in ‘The Only Way Is Essex.’ They broke up after six years of their relationship.

From 2016, McCann was in a relationship with her boyfriend Arthur Collins, with whom she planned to celebrate her wedding. However, their relationship did not sustain long. Collins is now sentenced to jail for an acid attack that took place in London, England.

A few days after being arrested of Collins, Collins announced she was pregnant with their first child. Sam Faires her close friend.

McCann is a foodie blogger. The name of her blog is a fashionable foodie. She loves traveling. In March 2017, she visited Dubai along with her friends.

McCann is earning an extraordinary salary. She has an estimated net worth of $400,000. Lots of followers have followed McCann on social networking sites. Her fans are largely growing on Instagram. McCann has reached the age of 26 now. She has a good height of 5 feet 7 inch, which is around 1.73 m. Her weight is 56 kg. Her body measurements are 37-26-38.