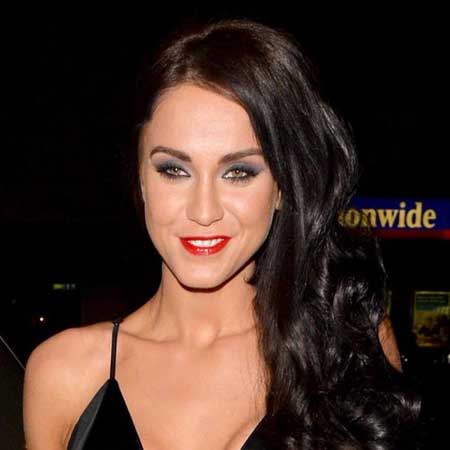 Vicky Pattison is an English television as well as a media personality, best known for appearing in the MTV show called Geordie Shore since 2011 to 2014, Ex on the Beach in 2014 & 2015 and also her own show Judge Geordie in 2015.

Pattison is the winner of the fifteenth series of I'm a Celebrity...Get Me Out of Here! in 2015, December and became a permanent member of the panel on the ITV daytime chat show Loose Women in January 2016.

Vicky Pattison was born on 1987, 16 November in Newcastle upon Tyne, England. She belongs to Caucasian ethnicity and holds a British nationality. Pattison is the daughter of Caroll Pattison and John Pattison. She also has a sister named Laura Pattison.

After her primary education, Pattison attended Burnside Business and Enterprise College. However, she was interested in drama since her school. She then joined Liverpool John Moores University and graduated with the degree in drama.

Vicky Pattison began her career appeared on the popular MTV show called, Geordie Shore, since 2011 until 2014 in the first series of the show.

After her rise to fame on the show, Pattison was highlighted on the front cover of the magazine Loaded in October 2011 with Made in Chelsea star Binky Felstead and The Only Way Is Essex star, Jess Wright.

Pattison appeared as starred in the MTV reality television show Ex on the Beach for two years since 2014. She also appeared and made guest appearances on Celebrity Dinner Date, Big Brother's Bit on the Side, Virtually Famous and much more.

Vicky Pattison is currently dating John Noble since November 2016. The couple revealed the news of their affair when they appeared on The X Factor show.

John is a businessman involved with the Toon-based clothing retailer ‘Little And Large’ and currently lives in Newcastle.

A source close to the duo revealed that they had an affair in the past and were known to each other from the very beginning.  Talking about her relationship with John, Vicky said:

He’s lovely. I struggled with my personal life and finding someone who was supportive of my career and successful in their own right as well. Finally I have that with John. He’s lovely and caring and strong. I’ve finally got a man not a fan.

The duo is soon planning to get married.

Vicky Pattison was previously engaged to Ricci Guarnaccio. They became close to each other from the set of Geordie Shore and started dating each other in early 2012. But, the relation did not sustain long and split up the next year.However, Vicky was obsessed with him which ended their relationship.

Pattison is also known for series of failed relationships. She is known to have around two dozens love affairs and the same number of break ups.

She has dated several other celebrities in between 2011 to 2016 such as James Morgan, Charlie Sims, Alex Cannon, Mario Falcone, Jordan Davis, Liam Lewis, Scott Timlin, Joss Mooney, Alex Bowen and much more.

Vicky Pattison has earned name and fame from MTV show Geordie Shore. She has good earnings from the show and makes around $50 thousand a month. She also earns around $5 thousand from the other show.

In March 2016, Pattison disclosed that she has made about $1 million savings and will invest in the certain profit-making field. Pattison has the net worth of around $1.5 million at current. She bought a new Essex flat together with her partner in 2016 and is living with him now.