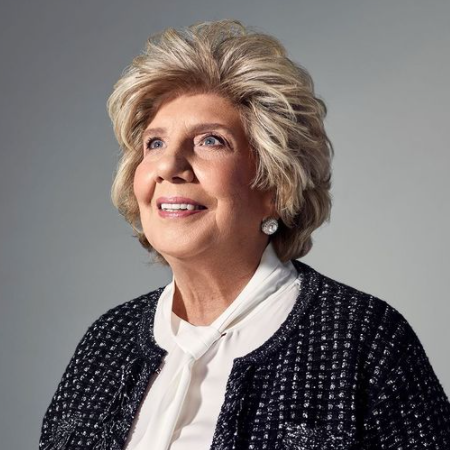 Faye Chrisley is a Tv personal from the United States best known for her appearance in tv show titled Chrisley Knows Best alongside her family members. Also, she came into prominence after being the mother of famous Tv star Todd Chrisley.

Faye Chrisley was born on September 2, 1943, in South Carolina, United States. Details about her parents have not been disclosed yet. The actress was born under the zodiac sign Virgo and follows Christianity. As of now, she is Seventy Eight years and her height is 5 ft 6 inches.

Information about her education hasn't been revealed yet.

Celeb's mother, Faye is widely recognized as Nanny from the Tv show Chrisley Knows Best. She is seen along with other family members which include, Todd Chrisley, Grayson Chrisley, Savannah Chrisley, and  Chase Chrisley. The show revolves around the day-to-day lifestyle of the Chrisley family and has completed its 9th season. 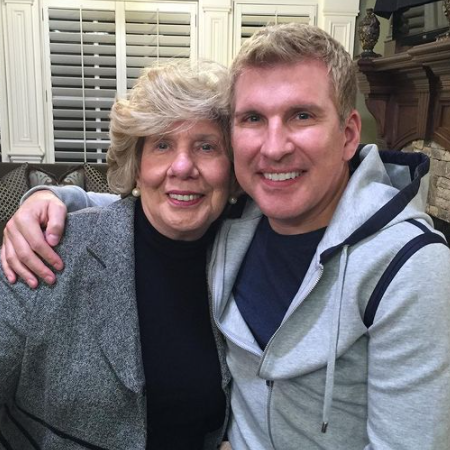 Likewise, her son Todd Chrisley has had a fantastic career in the Industry. Todd is an actor and producer best known for his role as Chrisley on the television show Chrisley Knows Best. He has been on the show with his wife and family since 2014. Todd is an entrepreneur and self-made millionaire who has featured on Steve Harvey's show.

How Wealthy Is Faye Chrisley?

As of 2021, Faye's net worth is speculated to be around $600,000.Faye's primary source of income is through her career as a Tv star and some parts of social media. According to Influencer marketing hub, the star's estimated earning per post ranges from $1,197 - $1,995, with an engagement rate of 1.58%, through her Instagram account with more than 401k followers. 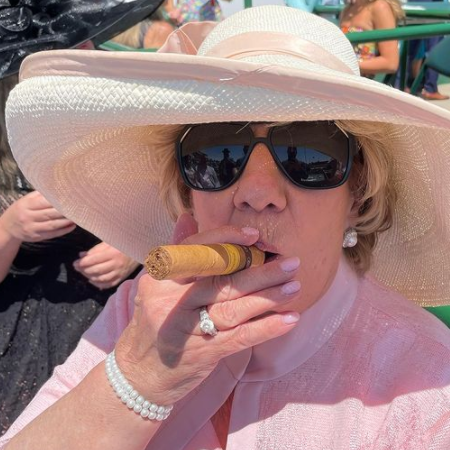 CAPTION: Faye Chrisley's net worth is estimated at around $600,000 SOURCE: Instagram:@toddchrisley

Similarly, Faye's son Todd was reported to be worth $50 million. Todd Chrisley was arrested on August 14, 2019, on a multi-count indictment, along with his wife Julie, who was also determined to be involved. They were accused of conspiracy, bank fraud, and tax evasion, according to NBC. Chrisley claimed they were framed by a former employee with a grievance against them, according to USA Today, and pleaded not guilty. Todd and Julie Chrisley were subsequently released after making bond payments totaling $100,000. As of 2021, Chrisley's net worth had dropped to -$5 million.

Relationship Status: Who Is She Married To?

The Seventy-Eight-year-old Tv star was married to Gene Raymon Chrisley, an American veteran. His husband fought in the battle of the Korean war and was awarded a bronze star medal for his act of bravery. Unfortunately, Faye's husband lost his life at Emory University Hospital on 11 July 2012. The couple is blessed with three children named Todd Chrisley, Randy Chrisley, and Derrick Chrisley. 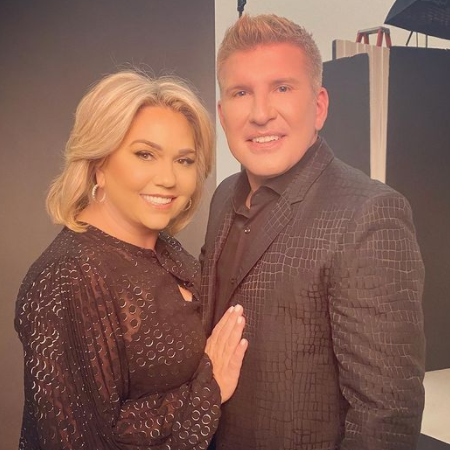 On the other hand, Chrisley Knows Best's star, Todd is married to Julie Chrisley. The duo exchanged their wedding vows on May 25, 1996. and is blessed with three children Grayson Chrisley, Savannah Chrisley, and Chase Chrisley. As of now, there are no reports of the couple's extramarital affair, divorce, and is living a happy life in Westminster, South Carolina, with their family.