The hidden camera reality series is renewed for its eighth season and is expected to air in February 2019. There is no doubt the show is loved and appreciated by the millions all thanks to its cast members. So, how much do you think the stars make for their appearance in the show? How much is their net worth? We have all the details here.

Impractical Jokers is a widely popular American hidden camera reality television series. The series first premiered on 15 December 2011 on TruTV channel and is currently running it's 7th season. The series stars the four joker members of the comedy troupe The Tenderloins. 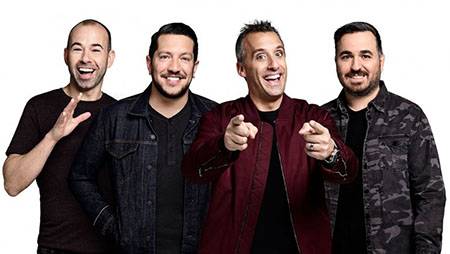 The show is about pranking and playing jokes on strangers and recording the scenario in hidden cameras. Apart from the crazy prank videos, the show also consists of challenges.

The challenges are followed by some consequences, in case of failure and incomplete task, the joker is punished with humiliating, disgusting, and scary challenges which cannot be refused.

Impractical Jokers' Cast Members And Their Salary And Net Worth

The comedian Brian Michael Quinn was born on 14 March 1976 in Staten Island, New York City.  Before pursuing his career in comedy, he served as a firefighter.

He is popularly known as 'Q' in the world of comedy. The actor is in the reality series Impractical Jokers along with his The Tenderloins members. 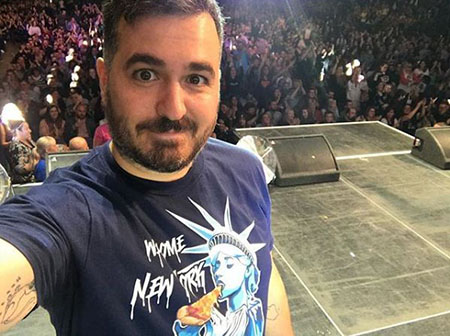 In the show Impractical Jokers, Quinn is loved by the audience for his impeccable comic timing and the craziest pranks.

He is earning a generous amount of salary from the show from which the comedian leads a decent lifestyle. He is not married yet and also not dating anyone at present.

According to the Celebrity Networth, the comedian has an attractive net worth of $5 million.

Merry Christmas from our family to yours. The morning here at the Gatto house was a lot of fun! Enjoy the day with the ones you love. #gattopups #littleman #daddysgirl

The actor and producer Gatto is one of a lead casts of the show Impractical Jokers. From his appearance in the show, he is making a good fortune. According to the Celebrity Networth, Gatto has an estimated net worth of $5 million.

James Stephen Murray was born on 1st of May 1976 in Staten Island, New York City, New York. The actor and producer Murray is also known by his nickname Murr.

He was married to Jenna Vulcano, sister of his co-star friend Sal Vulcano but the day after their wedding, Murray and Jeena Vulcano annulled the marriage as it was part of a joke in the show Impractical Jokers.

Just chillin' on a dock, as one does.

The Impractical Jokers' star is leading a modest lifestyle from his acting career. As per the Celebrity Networth, the openly gay comedian also has an impressive net worth of $5 million.

Salvatore Edward Anthony Vulcano was born on 6th of November 1976 in Staten Island, New York City. Vulcano is known as an actor, comedian, and producer.

He is also known from his nickname Bologna Cheeks and Hippity Hop. He is easily scared and is afraid of cats. 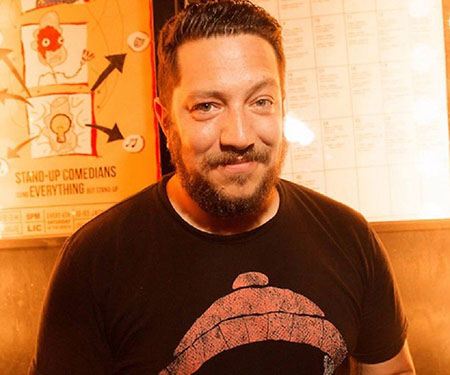 The actor rose to fame along with other The Tenderloins members from the show Impractical Jokers. As per the Celebrity Networth, Vulcano also has an estimated net worth of $5 million. Looks like all the cast members of the show are making an impressive amount of money from the series.