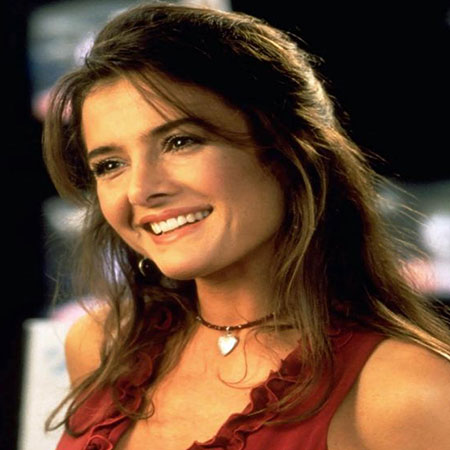 Born in Buenos Aires, Argentina and raised in Italy, Fabiana Udenio is an actress. She is famous for portraying Alotta Fagina in Austin Powers: International Man of Mystery. When she was at the age of 13 she was crowned ‘Miss Teen Italy’.

Fabiana Udenio was born on December 21, 1964, in Buenos Aires, Argentina under the birth sign Sagittarius. Her parents relocated to Italy after her birth and Udenio completed her schooling there. She holds an Argentine and Italian nationality and belongs to the Hispanic ethnicity.

Udenio has rarely talked about her family and early childhood to the media, so her early life is still a mystery. At the age of 13, she won the Miss Teen Italy title which opened several ways for her in the acting field.

Fabiana Udenio began her career as an actress and made theatre debut as Miranda in The Tempest directed by Giorgio Strehler. The same year, she was crown the Miss Teen Italy title. Several years later, she moved to America to perform at the 1984 Los Angeles Summer Olympics Arts Festival.

She landed her first acting role in the 1983 American made-for-television historical war drama film The Scarlet and the Black directed by Jerry London. In the upcoming years, she appeared on many films which includes Summer School (1987), Sunblock 5000 commercial in RoboCop 2 (1990), Bride of Re-Animator (1990), Austin Powers: International Man of Mystery (1997), The Godson (1998) and In the Army Now (1994).

In 1985 and 1986, she played the role of Giulietta on the ABC soap opera One Life to Live. Besides, she also worked on several television shows including Babylon 5, Baywatch, Full House, NYPD Blue, Quantum Leap, Mortal Kombat: Conquest, Cheers, Mad About You, and Mistresses. Recently, she worked as Elena Di Nola/Mutter in the television series Jane the Virgin from 2015 to 2016.

Famous Argentine actress Fabiana Udenio has an estimated net worth of $5 million as of 2019. She started to come to the spotlight since the age of 13 when she was crowned the Miss Teen Italy. She has also been famous for her acting roles and some portrayals which brought her to the stardom as well as earned her a lucrative sum of money.

According to the source, the average salary of an actor/actress is about $50,249 with a median bonus of $1,015. Generally their salary ranges from $19,000 to $220,000. Looking at her acting roles and experiences, Fabiana Udenio is believed to earn more than the average salary mentioned for an actor.

Fabiana Udenio - Has a Son With Ex-Husband Robert Macleod

Fabiana Udenio might be single at the moment, however, previously she has faced tow failed marriage. Firstly she was married to Judson Scott in 1986. But they divorce after nine years of relationship in 1995.

After that, she married Robert F. MacLeod Jr., a British Businessman. They got married on December 19, 2004, in Malibu, California at their own home on Sunday evening.

After their marriage, they gave birth to their first baby child Adrian Raice. However, they couldn't last their marriage more than sour years and separated.  The family of three was living happily before Fabiana Undenio filed for divorce on February 5, 2009. She filed it citing irreconcilable differences.

To talk about her past affairs, she does not have any history of dating anyone.

You May Also Like: Tessa Thompson, Jaz Sinclair, Savannah Chrisley, and  Jessica Holmes