Canadian hunter and author Eva Shockey is better known for co-hosting her father, Jim Shockey's show Jim Shockey's Hunting Adventures. She is also a social media star and a conservationist. Additionally, she was the first Canadian hunter woman to appear on the front page of Field and Stream magazine nearly after 30 years.

Eva Shockey was born on January 5, 1988, in Vancouver, Canada. She is the daughter of Jim Shockey-writer, a producer, and Louise Shockey, a journalist, and producer. She holds Canadian citizenship, and as of Sept 2021, she is 33-year-old.

Regarding her education, she graduated from Bond University, Australia, and has a degree in business marketing.

Net Worth And Career Details!!

As of 2021, the hunter's net worth is estimated to be $2 million. Her significant source of income is through her successful career as a Tv personal and some parts of her writings and social media. Besides, she earns from endorsements and commercial deals. Shockey became a brand amba s sador for Cabela and Under Armor, another American Sports Equipment Company, in 2015.

Additionally, the tv personality is also a social media star, a lifestyle blogger. According to Influencer marketing hub, her estimated earning per sponsor post ranges from $1,665 - $2,775 with an engagement rate of 0.3% through her Instagram account. Additionally, she owns an e-site, evashockey.com, through which she sells home and lifestyle accessories. 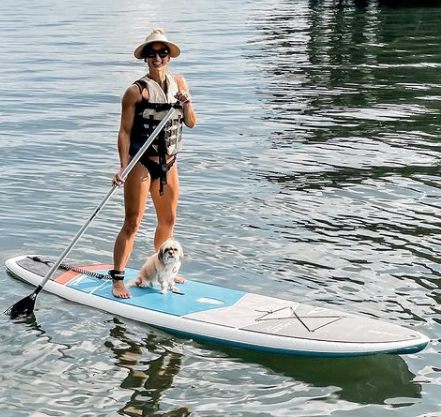 CAPTION: Eva Shockey's net worth is estimated at around $2 million SOURCE: Instagram:@evashockey

On the other hand, Eva's father Jim Shockey has an estimated net worth of $2 million. He is a Canadian writer and television producer.

Multitalented Eva started her career at the age of ten as a hunter. Shockey co-hosted Jim Shockey's Hunting Adventures Outdoor TV show. In 2015,  ABC News highlighted and cla s sified Shockey as "the new face of hunting" – a hotshot of the next generation taking the traditionally male-dominated game of storm-hunting.

In 2017, Shockey published a book on bowhunters called Taking Aim. As a television producer, My outdoor family, Eva was active in 2019.

The Internet star Eva is married to professional hockey player Tim Brent. Brent saw Eva at the Dixie Deer Cla s sic show, where he was with his friend Greg Batts. Batts suggested Tim talk to Eva, saying she's a fellow Canadian. The couple didn't speak too much on the day of the event, but later they talked about hunting. 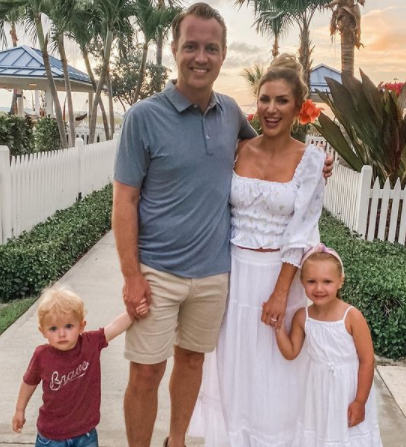 CAPTION: Eva Shockey with her husband Tim Brent and their kids SOURCE: Instagram:@evashockey

Tim was immediately attracted to her and actually persuaded her to go on a date with him for almost a year. Shockey finally agreed, and the rest is history.