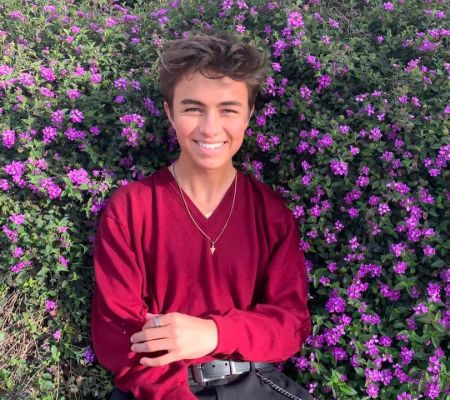 Eric Montanez is an American actor, model, and social media personality. He is best known for his work in Brat TV's Attaway General and the talk show Teens Wanna Know.

According to Famous Birthdays, Eric Montanez was born on November 27, 2003, in San Diego, California. Montanez is currently 18 years old as of May 2022. Eric spent his formative years in California before moving to Los Angeles to pursue an acting career.

Talking about his height and weight, Montanez is cited to be 5 ft and 8 in or 173 cm tall and weighs about 121 lbs or 55 kg. The 18-year-old has not gone into details about his parents, siblings, education, and early life as of now.

During a Q&A with Famous Birthdays in 2019, he revealed that his mother works as a chef. Eric also mentioned that he prefers Thanksgiving when asked about holidays since his birthday falls around the same time.

While Montanez's net worth is still under review, it is estimated at $500k as of  2022. He gained wide popularity on social media, especially on TikTok, where he amassed over 2.9 million followers in just a few months of joining the platform.

Over time, the 18-year-old has earned support from more than 3 million people. Montanez mostly shares a mix of lip-synced and comedy videos. Besides being a social media influencer, he is also a model and actor. 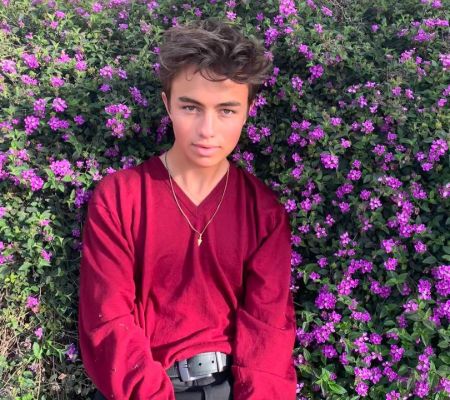 CAPTION: Eric Montanez has an estimated net worth of $100,000. SOURCE: Instagram @ericdmontanez

Eric appeared in the documentary talk show Teens Wanna Know, which explores teen issues, influencers, style, and technology, taking an in-depth look at teen life. The 17-year-old is also best known for playing the role of Holden in the Brat TV's Attaway General. The show was renewed for the second season in November 2020.

It featured fellow TikTok stars Dixie D’Amelio and follows a group of teenagers who volunteer at the Attaway General Hospital to prepare for a career in medicine. Eric, along with social media stars Madi Monroe and Lauren Kettering, returned for the second season as well.

Montanez is currently single and has no girlfriend. He is focused on completing his high school for now. In a Q&A with Famous Birthdays, Eric said that he wants to be more involved in modeling and hopes to be the face of bigger brands in the coming days.

While playing Sip Or Spill with CTC Squares, the 18-year-old revealed that his perfect date would be driving up a hill in a convertible car and enjoying a picnic or dinner during sunset while letting some slow music echo in the background.

You can follow him on Instagram at @ericdmontanez to be up-to-date with his upcoming projects and know more about his personal life. Montanez is not active on Twitter as of now.