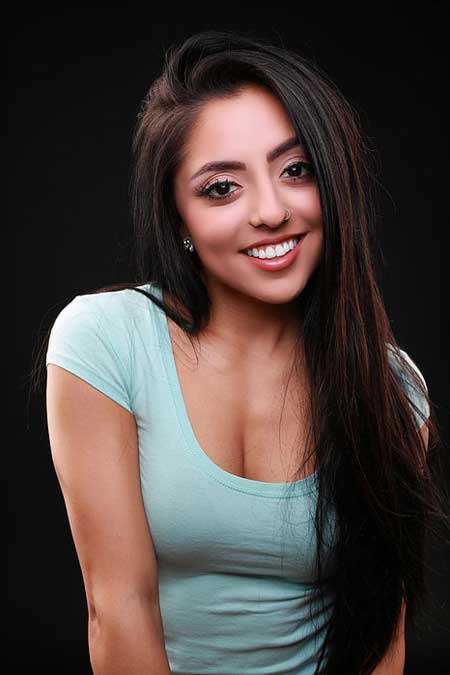 Born and raised in Long Beach, California, Jazmine Lucero is an American Musical.ly (Tik Tok) star. She has more than 2.6 million followers on her TikTok account. She is a multitalented person who has put her steps in modeling, dancing, and singing. Besides, she is also a YouTuber which is packed with her personal vlogs, hauls, challenges, pranks, and Q&A videos.

Jazmine Lucero was born on August 16, 1992, in Long Beach, California, under the zodiac sign of Leo. People of this zodiac sign have a dramatic, creative, self-confident, dominant personality. She belongs to the Hispanic ethnicity and holds an American nationality.

She has not disclosed information about her father, but as per some source, he played football for Montana State University. Her mother's name is Monica who has lupus, an autoimmune disease. She has four siblings in total; brothers, Justice, Jaden, and Jacob, with sister Paulina.

Career of the Internet Sensation

Jazmine joined YouTube on April 3, 2012, with a self-titled channel; however, she only started uploading videos in September 2014. She mostly posts her personal vlogs, hauls, challenges, pranks, and Q&A videos on her YouTube channel. As of October 2019, her channel has about 33k subscribers and a total of 825,278 views.

She collaborated with her former boyfriend, Nick Pallauf, for some of her videos. Besides YouTube, she is a popular musical.ly user. On her musical.ly account, she has more than 2 million followers, and she goes with the id Jazminejlucero. She was also popular on Vine before it was taken down.

What Else She Does?

When Jazmine was small, she used to sing and dance. She started developing an interest in modeling during her teen and even won the Miss Teen Sothern California pageant. As a dancer, she participated in several dance championships and won some of them. She also worked as a dance trainer at Kimberley's Dance Studio, which is located in Paramount, California.

Jazmine also earned her fortune in singing as she worked as a background singer in bands like MoZaiK and JCity, but she was not able to establish herself as a solo artist. She even joined the band Why Don't We and performed several live stage performances with the band. She also went on a tour in 2017 with the band.

She also tried acting and made her appearance in an episode of 2012 TV series Dream - A Tweeny Musical and some minor roles on a movie Unshakable and Arcade Fire: Afterlife.

Jazmine has not revealed her net worth yet, but as a multi-talented person, she has earned some decent amount of money. Sources claimed that her worth is estimated to be $500 thousand.

According to the social blade, she receives about $4 to $66 per month from her YouTube channel.

Besides, she is a very famous star on musical.ly from which she is believed to earn some decent sum of money. She received a good amount of money as a model-the average salary of a model ranges between $32,000 to $48,000 based on levels of tenure.

As a singer, she was able to display her skills through the bands "MoZaik" and "Jcity." She also worked for some other groups from which she undoubtedly collected a handsome sum of

She played some minor roles in the 2012 TV series Dream - A Tweeny Musical and on Unshakable and Arcade Fire: Afterlife.

Lucero has a cute little pet dog named Momma Luna, and she loves to spend time with her dog whenever she gets free.

In a Romantic Relationship With Colton Altier

Jazmine Lucero has gone through a couple of relationships to this date. Currently, she is dating a guy named Colton Altier. She officiated about her relationship in one of her YouTube videos called MEET MY BOYFRIEND!!! which she shared on March 8, 2019.

Since then, the pair can be seen enjoying their new love life fully as they shared the picture of every moment on their social media platform.

Previously, she was in a relationship with a social media star and model Nick Pallauf. The former couple started dating each other since 2015.

They were very happy together until November 2017, when they broke up. The pair didn't reveal the reason for their break up, however, after their breakup, Jazmine posted a video titled Out Relationship Status where they both talked about their failed relationship and the reason behind its failure. Currently, they have remained as a friend.