He is expecting baby no. 3 with his wife early in 2018, it'd be disastrous if Crouch's busy professional life was affecting his family life. Well, is it?

Peter Crouch Married Life-Is He Happy? Who is his Wife?

Peter Crouch is a family man. Currently, the 36-year-old English professional footballer is married to model Abbey Clancy. Peter and Abbey have been happily married for six years now.

According to some sources, the pair started dating in 2006. After dating for about three years, the footballer popped the question to his then model girlfriend in Sardinia on 15 July 2009. 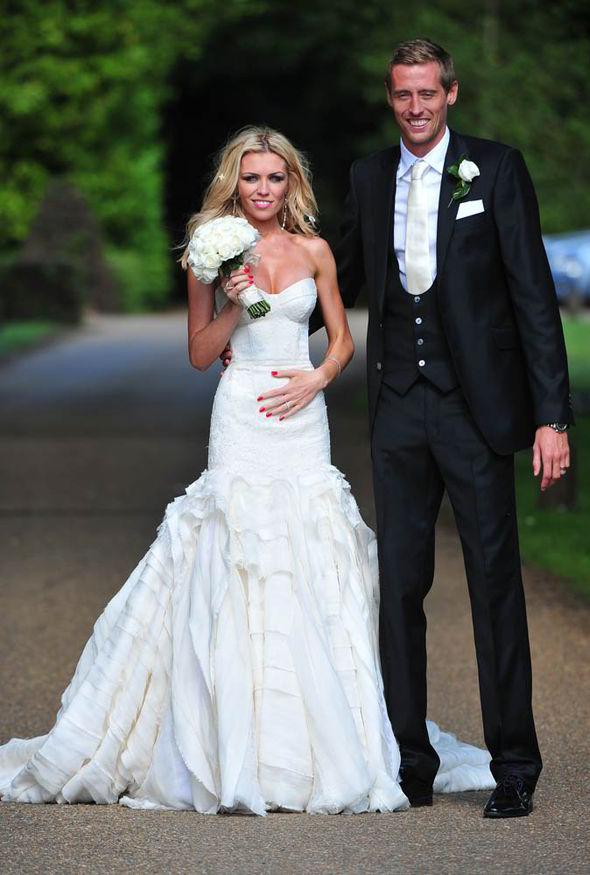 Now, there are rumors that the duo is going through a rough patch, however, all those rumors are only false alarms. Or, so it seems. The couple is doing great together.

Peter Crouch and Abby Clancy eventually became husband and wife on 30th June 2011. The big day was held at the 18th century Church of St Mary Magdalene in the grounds of the luxury Stapleford Park Hotel. Both Peter and Abby were nervous and Abby even burst into tears on their big day. 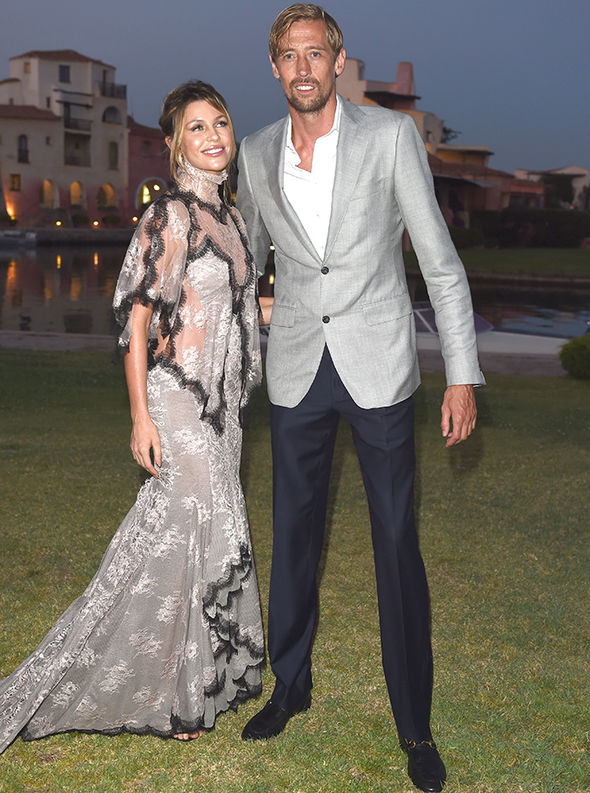 Peter Crouch and Her Wife

The couple is blessed with two beautiful daughters. They welcomed their first daughter, Sophia Ruby prior to their wedding. Ruby was born in March 2011. Then after four years, Abby gave birth to their second daughter,  Liberty Rose in June 2015.

Peter and Abby are extending the family. Britain's Next Top Model host Abbey announced the big news in June 2017. The baby is due in January.

The model was spotted flashing her baby bump in the Sun during their vacation to Dubai with her husband Peter Crouch recently. 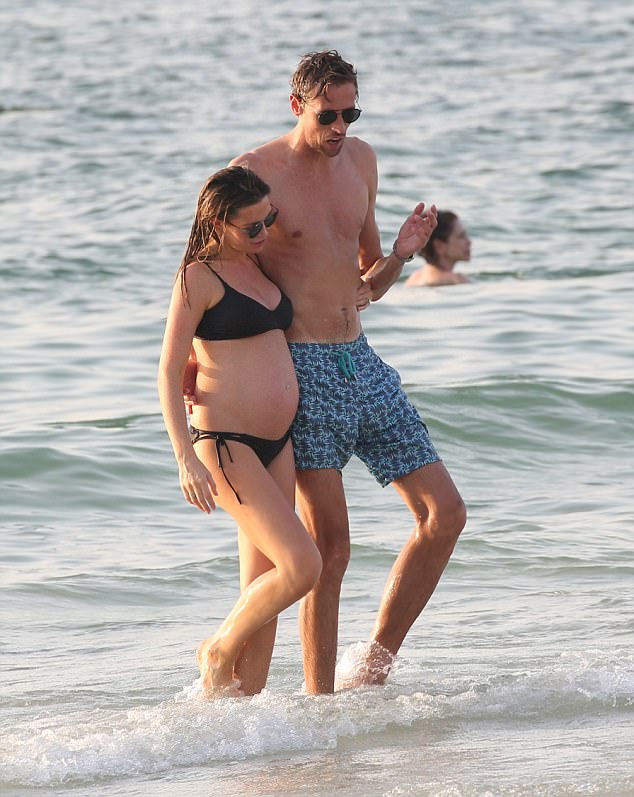 Abby Crouch, 31, flashing her baby bump with her husband, Petter, 36

The announcement came just a few months after the lingerie model revealed that her footballer hubby is done having kids and he is not interested in being a dad again. Abby, however, expressed her desire of having a baby boy.

Even after the announcement, Abby admitted that Peter is still not convinced to have a third child:

I still don't think he's convinced to be honest. There's nothing I can do about that!

When asked if she is thinking about having the fourth baby, she replied:

I am 100 per cent done. My little two-year-old was an angel up until two weeks ago.

The couple hasn't revealed the sex of their unborn baby.