Model Abbey Clancy Flaunts Increasing Baby Bump In A Black Bikini; Said It Would Be Her Last Baby 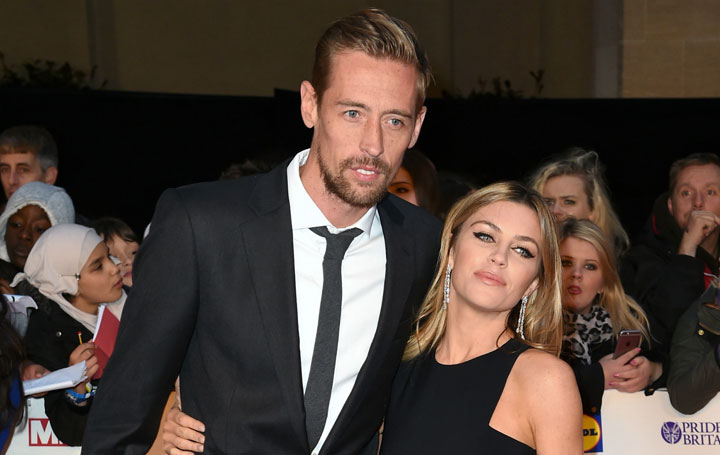 English lingerie and catwalk model Abbey Clancy expecting her third child with husband Peter Crouch. The glamorous model was flaunted her growing belly bump in a black bikini and matching sarong on a beach at the Royal Meridien hotel in Dubai.

The 31-year-old model is seven months’ pregnant (believed she was three months pregnant when she announced) with her third child with the Stoke City player peter. The pair already has two daughters; Sophia (6), and Liberty (2). 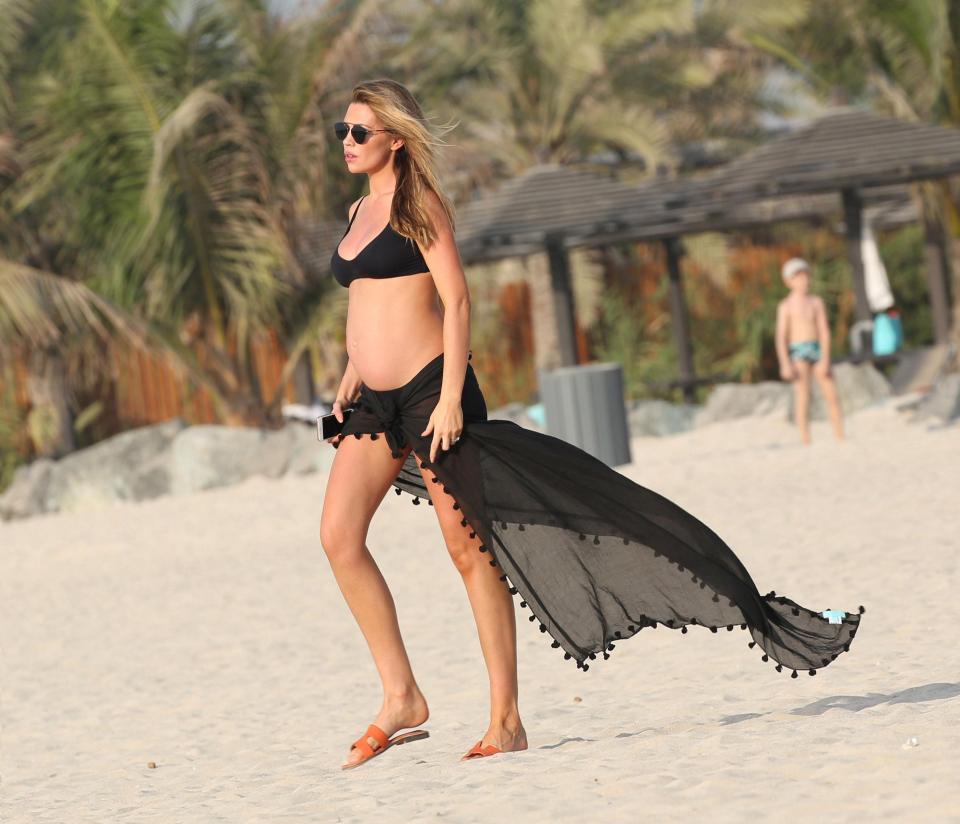 I think this will be the last baby I have so I just want to embrace it. I try not to get too hung up about my body changing because it’s natural and I think it’s a healthy sign if you’re growing with the baby.

She also told OK magazine that her husband Peter is hoping to have a baby boy this time.

Abbey came to recognition as a contestant on Britain’s Next Top Model, in 2006 where he met her husband Peter during a party. The couple engaged in 2009 and two years later they married in 2011.