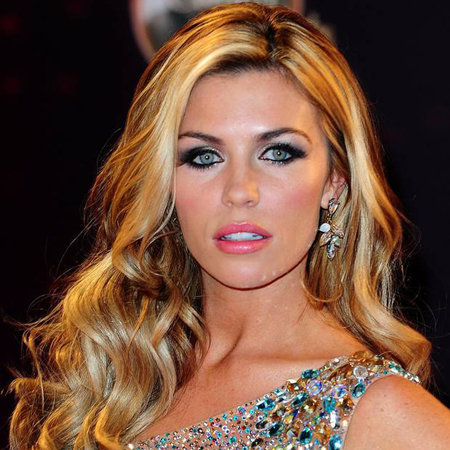 Abigail Marie Clancy, known as Abbey Crouch, is a very beautiful and sexy British lingerie and catwalk model and is also a television presenter. She was the runner-up in the Britain’s Next Top Model, Cycle 2 and is also the winner of series 11 of Strictly Come Dancing in 2013. After her marriage, she began to use her husband’s surname Crouch and began to be known as Abbey Crouch.

Born in the year 1986 January 10, Abbey Clancy, was born in Liverpool, England, United Kingdom as the oldest children among the four children to the parents Karen Sullivan and Geoffrey Thomas Clancy. Her mother was a member in the girl band group named Genie Queen and her younger brothers Sean Clancy is a footballer playing for AFC Telford United and John Clancy is a singer. She has a celebrity type of family background.

Abbey had started her career in modeling in 2006 after being listed in the thirteen top finalists in the reality competition, Britain’s Next Top Model. She became the runner up of the competition and gained the media attention. Afterwards, she began to appear in several of the magazines and newspaper covers. Also, Abbey began to appear in the television. She had appeared in the documentaries Slave to Fashion and The Ultimate Guide for Channel 4. She has been featured in several of the programs like Friday Night with Jonathan Ross, This Morning, third season of Hell’s Kitchen, Chris Moyles’ Quiz Night and many others.

Twenty Nine years old sexy and bold model, Abbey Clancy stands the beautiful height of five feet and nine inches tall having the balanced body weight. She is concerned on her body weight so she performs yoga and does the exercises on the regular basis. She has maintained her body to perfect figure taking care of her diet as well. She has a pair of beautiful green eyes and has her hair dyed blonde. Her body measures the measurements of 32-24-35 giving her the perfectly slim posture. She looks ravishing in any of the outfit she wears. She was ranked in the 37th position as the FHM magazine’s 100 sexiest women in the world poll of 2007 and was in the 10th position in 2010. She has the net worth of $4.5 million US Dollars. Gorgeous and utterly beautiful Abbey Clancy, she has been the exclusive Beauty Columnist writer for The Sun Newspaper in 2012. She was pulled in controversy and criticism for her column for which she apologized later.

Moving on to her personal life, Abbey Clancy is a married woman. She has been married to her long time boyfriend Peter Crouch who is a footballer. They had been dating since 2006. They got engaged in 2009 and got married in 2011 June 30 at Stapleford Park Hotel in Leicestershire. During the time of her marriage, she was the mother of a three month old daughter. Her daughter Sophia Crouch was born in the year 2011 March 14 when she was at the age of 25. The couple is living happy together and is having quality time together. On December 2014, she had announced she was expecting her second child. Abbey Clancy loves her family very much and loves to spend her time with them.

No wonder, there are a long queue of her fans irrespective of ages and sex. Many of the young ladies think her as an icon regarding the body figure and guys finds her utterly sexy and beautiful. She can be found in social networking sites like Twitter, Facebook and Instagram. Her biography can be found in different internet sites including IMDb, Wikipedia, etc along with her pictures.