How To Get Away With Murder Stars Alfred Enoch And Aja Naomi King Allegedly Dating-Is It True? 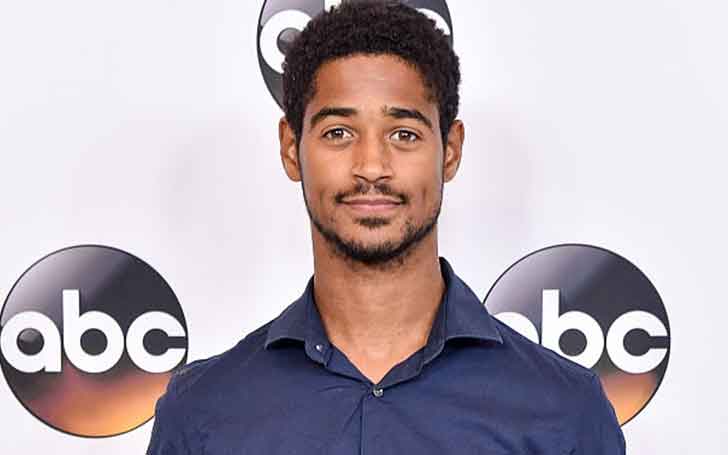 The handsome actor Alfred Enoch is keeping his fans wondering about his relationship status as he is reportedly dating his How To Get Away With Murder co-star. Is he really in a relationship?

Enoch stays away from the mainstream media when it comes to his private affair. Since Enoch is a secretive person, how is his personal life?

English actor Alfred Enoch is rumored to be in a love relationship with How To Get Away With Murder co-star Aja Naomi King. The two were spotted together on several occasions which fueled the rumors.

The news went around as the duo frequently posted one another's picture on their Instagram. There are many beautiful pictures of the alleged couple in their official Insta account, raising suspicion regarding their affairs. Well, can't blame the fans for linking them as they look so adorable together.

However, both Enoch and King have not addressed the rumors. They are just making their fans more curious. When asked about their relationship, King said,

I would like to clear up nothing. People could think what they want and I'm going to let them... He's a beautiful man, and I think I'm quite a lovely young lady.

Yet, we can not say anything about the duo's relationship. However, what we can say is, they are very good friends and are seen cherishing their time together. Here is a video from Enoch's Instagram where the rumored couple is enjoying the Instagram filter in the cutest way.

Though fans hyped the news of the HTGAWM stars' dating rumors, Enoch and King are completely focusing on their own perception rather than anyone else's. We can't blame them for their choices in their life. Hopefully, the two will address their relationship in near future for the sake of their fans.

Harry Potter star is leading a low key personal life, giving out less as possible about his private affairs. As per the available information, Enoch is living a blissful life so far.

The actor was born to William Russell, an English actor, and African mother Etheline Margareth Lewis Enoch. His mother always encouraged him to work hard to fit in the society.

That thing all black mothers tell their children: that you have to be twice as good to get half as much.

However, Enoch didn't face any kind of racial discrimination, thanks to his black Brazilian mother's extraordinary feat of parenting and his actor father. He got to enjoy the same extensive educational privileges.

So far, the actor is enjoying an incredible acting career and is working hard to make it to the top.